Team GeekWire is headed to Portland on Thursday to participate in TechFestNW, covering some of the action at the big tech conference. But we just didn’t want to roll across the Willamette, and not offer anything to our geek friends to the south.

That’s why we’re partnering with the Innovation In Motion Tech Crawl on Thursday night, hosting the final pit stop of the crawl on the outdoor patio at On Deck Sports Bar & Grill. (910 NW 14th Avenue). We’ll be buying the first rounds, partnering with Portland PR guru and GeekWire Super Geek member Kent Hollenbeck of Matter Communications to amp up the fun, and get everyone ready for TechFest.

No need to register for our impromptu meetup. Just pop by the bar between 8 p.m. and 11 p.m. after the crawl, and ask for the GeekWire party. Drinks are on us for the first part of the evening. We’ll be inside if it rains.

I’m excited to participate in the crawl, checking out the office spaces of some of Portland’s hottest startups, including Jama Software, Puppet Labs and Elemental Technologies. But I’m equally excited to watch PIE’s Rick Turoczy don a Sounders scarf for part of the evening, payback after he lost a fun bet we had over the Sounders-Timbers match last month.

Just to make sure you don’t think I’m some snobby Saison-sippin’ and Sounders-loving Seattleite, I’ll be bringing along Portland native (a Lincoln High School grad) and GeekWire staffer Taylor Soper to show me the ropes. I hope some of you also will see the irony in which beer we chose to serve at the after party.

All joking aside, we’re really excited about what’s happening in Portland, and we’re committed to getting to know the tech scene better. (One of the reasons why Taylor has been spending more time in his hometown this year, covering some of cool emerging startups).

I’m truly of the belief that we should leave the rivalries to the soccer pitch.

As Rick Turoczy has noted, we’re more powerful as a united region of makers, innovators, entrepreneurs and geeks.

Hopefully, you’ll be able to join us on Thursday to share stories of what’s happening in Portland, and show us some of the innovative stuff going on in the city. We’ve also got a special 15 percent discount going just for Portland peeps for our GeekWire Summit, taking place on September 12th at the Sheraton Seattle. 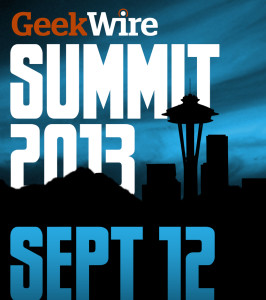 Just use the code — SummitPDX — when registering here. The Summit is our biggest content event of the year, with more than 600 attendees tuning in to hear talks by HBO CTO Otto Berkes; Silicon Valley venture capitalist Bill Gurley; GoDaddy CEO Blake Irving; Zillow co-founder Rich Barton and others.

If we don’t see you this Thursday night, just make sure to come up to the GeekWire Summit and say hello to us next week.