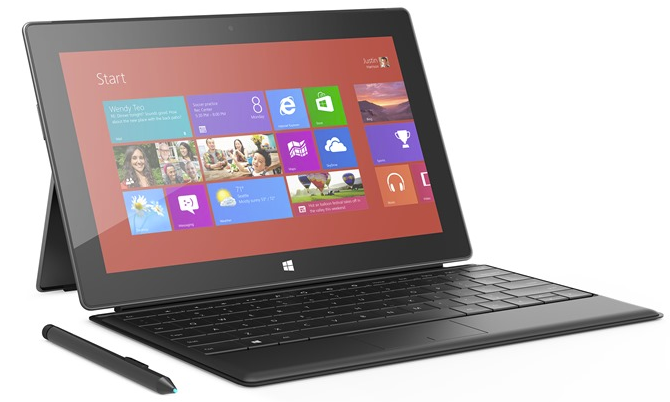 One of the luxuries of Microsoft’s longtime focus on software development — and one of the secrets to its financial success over the years — has been the profit margins. The Windows team has traditionally borne the cost of developing the code, without having to worry about the expense of costly hardware and physical components.

That started to change with the release of the Microsoft Surface — for better and worse, as illustrated by the company’s earnings report yesterday.

On the top line, revenue from the Microsoft tablet is one reason why the company’s Windows results looked a lot better at first glance than many people expected. Removing the impact of accounting technicalities, revenue in the Windows division was flat at $4.6 billion compared to the same quarter a year ago. That was a surprise in light of reports that PC shipments were down 14 percent for the quarter, according to IDC.

The Windows division now includes revenue from the Surface tablets — i.e., hardware — which adds up quickly to hundreds of millions in additional revenue even though Surface sales have reportedly been lower than expected.

Here’s the problem: Hardware isn’t a high-margin business, and it can easily be unprofitable, especially in a product’s early days. One chart included in Microsoft’s 10Q filing (Page 29) tells the story — showing Windows operating profit dropping to about $2.4 billion in the March quarter, from nearly $3 billion in the same quarter last year.

Rick Sherlund, a longtime Microsoft analyst who’s now with Nomura Research (who recently downgraded the company’s stock) noted the trend in a report to clients this morning.

Microsoft overall was able to beat Wall Street’s expectations yesterday with an increase in earnings to 72 cents per share. But as the company adopts more of a “devices and services” strategy, this fundamental shift in the bottom line will be fascinating to watch.