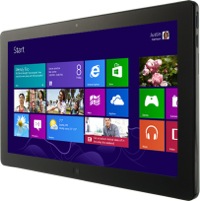 It has been clear for a while Windows 8 hasn’t lifted the PC market, but a new report goes further to say that the radical changes introduced by Microsoft are making things worse.

The report from IDC shows a 13.9 percent decline in PC shipments for the first quarter, despite the release of Microsoft’s new operating system in October. That’s well beyond the 7.7 percent drop that IDC had been expecting, qualifying as the worst year-over-year quarterly decline in shipments since the research firm began tracking the PC market on a quarterly basis nearly two decades ago.

“At this point, unfortunately, it seems clear that the Windows 8 launch not only failed to provide a positive boost to the PC market, but appears to have slowed the market,” says Bob O’Donnell, IDC program vice president, in a news release.

O’Donnell adds, “While some consumers appreciate the new form factors and touch capabilities of Windows 8, the radical changes to the UI, removal of the familiar Start button, and the costs associated with touch have made PCs a less attractive alternative to dedicated tablets and other competitive devices. Microsoft will have to make some very tough decisions moving forward if it wants to help reinvigorate the PC market.”

His colleague David Daoud, IDC research director, says this: “Although the reduction in shipments was not a surprise, the magnitude of the contraction is both surprising and worrisome. The industry is going through a critical crossroads, and strategic choices will have to be made as to how to compete with the proliferation of alternative devices and remain relevant to the consumer. Vendors will have to revisit their organizational structures and go to market strategies, as well as their supply chain, distribution, and product portfolios in the face of shrinking demand and looming consolidation.

The rise of the iPad continues to hurt traditional computer sales, and Apple is actually seeing the impact as well — with Macs faring better than the overall market, but still experiencing a decline in shipments, according to IDC.

Update, Thursday morning: Microsoft says in a statement that the PC market is “evolving and highly dynamic.”

The statement continues, “Today’s PCs come in multiple forms – from highly mobile Windows 8 tablets that function like full PCs, to convertible laptops with long battery life, to multi-touch all-in-ones that revolutionize the desktop PC. Windows 8 sold more than 60 million licenses in its first few months — a strong start by any measure. Along with our partners, we continue to bring even more innovation to market across tablets and PCs.”

One important note is that IDC’s definition of “PC” only includes devices with attached keyboards, so Windows 8 and Windows RT tablets, and computers with detachable keyboards, aren’t included in these numbers.

Here are the IDC charts for the U.S. and worldwide markets. 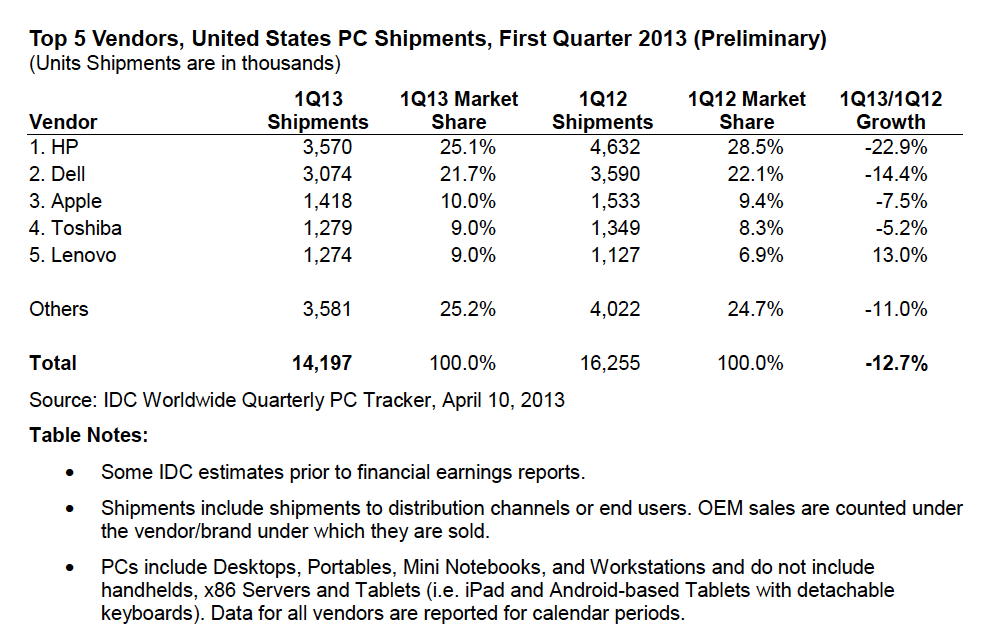