Video games have made their way into the Smithsonian American Art Museum and the first two titles joining a new permanent collection have Seattle roots.

Ed Fries’s Halo 2600 is one of them. Fries, a video-game guru and startup adviser who was the head of Microsoft’s games business during the development and rollout of the original Xbox and beyond, created the homebrew game during his spare time three years ago for the Atari 2600.

On his Facebook page, Fries wrote: “Halo 2600 is now an official part of the collection at the Smithsonian American Art Museum. Does that make me an Artist?”

The Smithsonian said that with Halo 2600, which pays homage to both the classic Atari console and epic Halo series, “Fries illustrates the ever-changing relationship between technology and creativity.” You can play Halo 2600 for free here. 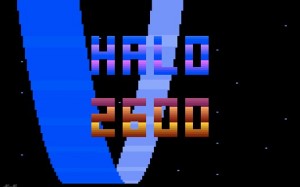 Flower, meanwhile, was released for the Playstation 3 four years ago by That Game Company. It is a unique game that allows users to play the role of the wind in an open field and was well-received by fans and critics alike. The Smithsonian says the game “represents an important moment in the development of interactivity and art.”

John Edwards, who hails from Seattle, was the lead programmer for That Game Company helped develop Flower.

The permanent addition of both video games to the D.C.-based Smithsonian further confirms the idea of video games as an art form.

“Introducing these two games to the permanent collection simultaneously is notable,” Michael Mansfield, the museum’s curator of film and media arts, said in a statement. “Whereas they may have dramatically different visual approaches — the lush and emotional landscape of Flower versus the elemental figures and mechanics of Halo 2600 — these works taken together stake out the rich creative and conceptual potential in video games.”

Both Flower and Halo 2600 were part of the Smithsonian’s “Art of Video Games,” nationwide exhibition, which made a pit stop in Seattle last year and is on a 10-city national tour.