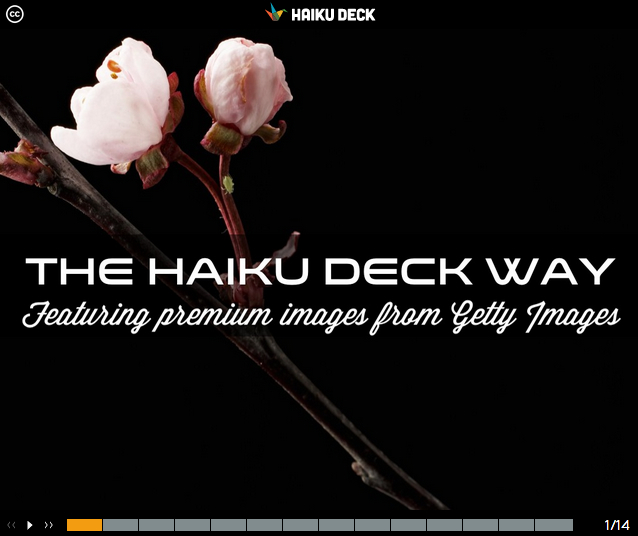 Haiku Deck has sealed a deal to integrate more than one million photos from Getty Images, part of a plan by the Seattle startup to help users enhance their presentations with compelling photography.

“Pictures, above all, grab our attention and connect with our emotions, making stories vivid and ideas memorable,” said Adam Tratt, co-founder and CEO of Haiku Deck. “We are thrilled to enhance the breadth, quality, and variety of our image selection through this partnership.”

Images from Getty are available for $1.99 per image, and can be used in an unlimited manner within Haiku Deck.

In addition to the deal with Getty, Haiku Deck also announced several new features, including the ability to easily import images from Facebook, Instagram and Flickr. You can also save images for future use in presentations.

The company’s app is available on the iPad.

Haiku Deck, a graduate of TechStars which initially started under the name Giant Thinkwell, raised $3 million from Trilogy Partnership, Madrona Venture Group, Founder’s Co-op and others in April.