When you’re a young entrepreneur living in a bustling startup city like Seattle, there are various living options. You can scope out a studio or one-bedroom apartment, save some money and live with others in a house, or, if you want home-cooked meals and easy access to laundry machines, returning to the parental property is an option for some.

But now a new alternative has surfaced in the Emerald City and may grab the attention of entrepreneurs who are trying to live, breath and eat the startup life.

It’s called the Seattle Hacker House, a 5-bedroom, 2-bathroom crib catered specifically to the creative/hacker/entrepreneur type who want to co-exist in a place with others who share similar interests.

Andy Rebele, a Seattle startup veteran, is the brains behind the “io house,” and the idea first popped into his mind after conversations with a friend.

“I had also been buying and selling homes in Seattle, so I thought it would be an interesting use of a home, other than just selling it,” Rebele told us.

So the Pure Watercraft founder locked down a home for rent in a location he thought would be perfect for a Seattle Hacker House in the heart of North Capitol Hill, close to South Lake Union and other amenities. It was also in the one of the pilot neighborhoods for Gigabit Seattle, the speedy new fiber Internet service set to launch early next year.

He then got the owner’s permission to lease the property and run a hacker house. Now, the place is up on Airbnb and open to applicants.

There is room for eight: one bedroom for a designated “house captain,” another room with two bunk beds, another with two beds and finally one private room. Rebele said the layout may change with demand. 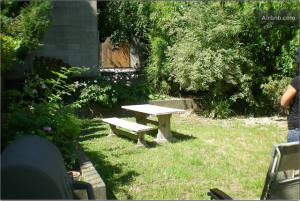 The rest of the house allows for both quiet work and creative collaboration. A converted attic offers a large work space, while a reading nook is a good place for those who want a more productive environment. There are also two bathrooms, a living room, on-site laundry, a full kitchen with dishwasher, a backyard and a basement for storage.

The house captain, who will receive free rent, will make sure everything is running smoothly and acts as somewhat of a house manager. In addition to keeping the house in order, managing bike arrangements and move-ins/move-outs, he or she will also be expected to invite guest speakers and facilitate networking.

“The captain’s role is both to make day-to-day living in the house easier and lower maintenance for the extremely busy guests, and to add value to their tech experiences,” Rebele said. “Part of that role is to select the right guests among applicants.” 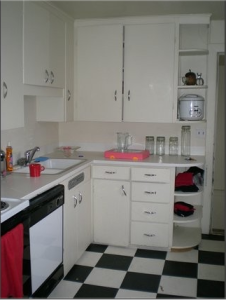 In terms of pricing, that depends on how long you want to stay at the Hacker House — a minimum of four nights all the way up to three months (though Rebele says some may stay even longer). Nightly costs range from $45-to-$70, while a week will run you about $250, depending on the room. Monthly costs are about $800.

Now, the digs aren’t exactly like the 6,000-foot Clyde Hill mansion that hosted a week-long startup bootcamp earlier this summer, costing guests $2,500 per week. But the quality of the house and amenities aren’t the focal point of this spot — it’s all about interacting with the other residents and co-existing with others who share the same dreams and aspirations in a location central to the Seattle startup scene.

Rebele expects to make a little profit from the Hacker House, which will pay for the captain’s room and other costs. But that’s not why he’s doing it.

“This venture wouldn’t be worth the trouble just for what it will earn, because it carries more risk than reward,” he said. “But it will hopefully become a hub of interesting tech activity, and as such will enrich the Seattle tech scene and strengthen the relationships that the partners in this project have with local tech entrepreneurs.”

That’s what has happened in other parts of the country where Hacker Houses have sprouted up. Based on what he’s seen and heard, Rebele said they’ve been successful, “both in terms of spirit and to a much lesser extent their finances.”

What he really hopes is that the Hacker House provides a place for the next great Seattle company.

“Ideally, I’d like this house to be talked about in the story if some amazingly successful company that people say ‘got its start’ there, like Susan Wojcicki’s house in Menlo Park helped launch Google,” he said. “Come on, what would be a better outcome?”