Everyone in the ad world is buzzing about Google’s plans to migrate all of its advertisers to Google Enhanced Campaigns, effective July 22.

What will it really mean and what should we do to get ready?  Should we re-engineer our company’s Websites to be mobile-optimized?  Heck, should we be afraid?

Pundits are characterizing the upcoming launch of Enhanced Campaigns — described as “smarter ads” with more relevancy and context  — as Google’s most important move since the introduction of AdWords.  Driving the launch is the core fact that mobile grew faster than Google and many others thought it would (or even wanted it to).  Like many others, Google anticipated that mobile search would pass desktop later this year, but this transfer of leadership has already happened.  Upon seeing this, Google determined that with the upcoming launch of Enhanced Campaigns, it’s now time for all of its advertisers to go mobile, even if many aren’t ready. 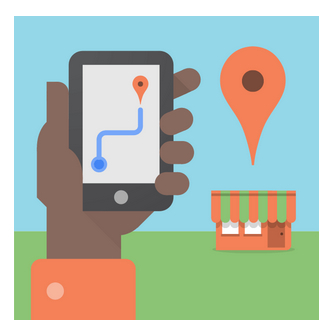 Come July 22, Google’s advertisers will have to embrace mobile as part of Enhanced Campaigns, whether or not they have a mobile strategy.   While many companies are in decent shape in terms of having their sites ready for mobile, small- and medium-sized businesses are facing a serious reckoning: they won’t have the obvious ability to opt-in or out of mobile search marketing.  So, they’re likely to be in for a shock if their sites aren’t optimized for mobile or ready for the mobile traffic that stands to be coming their way soon.

What’s more, I expect mobile’s already inflated cost-per-click rates to rise even further:  Even though July 22 is not yet here, we’re already seeing mobile CPC rates that are way out of line.  Good news is that with the increased penetration of smartphones and the emergence of responsive design, it’s easier than ever to adapt a “traditional” Web site to look great and function well via mobile.

TIPS: If you don’t want to participate at all in mobile targeting for your campaigns, I suggest you bid them all down 100 percent. You can do this during the Enhanced Campaigns upgrade process when it prompts you to choose a bid adjustment for mobile, or post-upgrade by going to the ‘device’ targeting tab under your campaign settings and doing a bid decrease by 100 percent.

Also, don’t panic and spend a huge budget on optimizing your site just for mobile because of Enhanced Campaigns.  Responsive design is less expensive than doing a re-build for mobile optimization and is easy to implement.  As mobile devices increase in sophistication and capability almost daily, holding on to your brand’s traditional Web site is not such a bad idea either.

THERE IS GOOD IN GOOGLE

Enhanced Campaigns will offer better and more granular reporting for Google’s legion of advertisers.  Companies have had some real concerns with Google’s reporting offerings to-date, but better features look to be on the way, including multi-device attribution; Also, Enhanced Campaigns will allow more geographic flexibility, which stands to make life easier for businesses looking to expand to different areas or locations.  Specifically, Google advertisers will be able to develop a series of targeting strategies based on geography within one campaign, not having to create scores of individual campaigns for each location to make this happen;

Finally, Enhanced Campaigns will support improved social annotations and click-to-call offerings: While many businesses aren’t yet ready to fully embrace mobile, more are on-board with social and Google is making social annotations better and easier for businesses to incorporate.  On the click-to-call front, we expect this offering to be free-of-charge with Enhanced Campaigns.

TIP:  Take advantage of Google Webinars, available at Google.com: To its credit, Google has deployed Webinars that are quite useful in highlighting some key new features associated with Enhanced Campaigns.

THERE IS GOOFY IN GOOGLE

Be ready to think about desktop computers and tablets as one category, not two:  Counterintuitive as it is, with Enhanced Campaigns, Google advertisers can’t opt in or out of desktops or tablets; they will have to treat both as one combined grouping.  What will likely make this frustrating for many is that companies will be able to monitor the performance of desktop versus tablet, but as things currently stand, they will not be able to make adjustments or allocations based on this information.

TIP: Don’t be shy about reaching out to Google about its decision to group tablets and desktop computers into a single bucket, as this one really is a head-scratcher.  Google has already made some adjustments to Enhanced Campaigns based on preliminary user concerns, so it’s worth a shot.

As with any major product launch or migration, we’re going to see some who love Enhanced Campaigns, other who hate it and a bunch of us who are somewhere in between.  No matter where you stand, if you’re a Google advertiser, you will be affected so it’s best to go into this with eyes open.

Brian Rauschenbach http://adwords.blogspot.com/search/label/enhanced%20campaigns is president and co-founder of Add3, a Seattle-based search marketing agency specializing in search engine optimization, search engine marketing, and online display advertising. You can follow him on Twitter @rauschenbach. Editor’s note: Rauschenbach is a GeekWire member.