Seattle-based adult app marketplace Mikandi is getting lots of attention — and traffic — for releasing the first-ever pornography app for Google Glass. But a new ban on sexually explicit content on the high-tech specs is putting the app’s future in jeopardy. 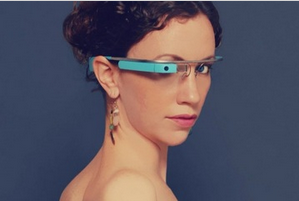 But the fun won’t last much longer for the 17 developers and 20,000 who have already visited the website just today. Google updated its platform developer policies this past weekend with a new section about sexually explicit material:

We don’t allow Glassware content that contains nudity, graphic sex acts, or sexually explicit material. Google has a zero-tolerance policy against child pornography. If we become aware of content with child pornography, we will report it to the appropriate authorities and delete the Google Accounts of those involved with the distribution.

Mikandi wrote a blog post two weeks ago, publicly announcing that they had received Glass and were figuring out ways to incorporate it with their website. Today, co-founder Jesse Adams penned another post, writing that his company became aware of Google’s new restrictions just on Monday.

When we received our Glass and started developing our app 2 weeks ago, we went through the policy very carefully to make sure we were developing the app within the terms. We double checked again last week when making the site live on the Internet and available for install for testing during last week’s announcement. We were not notified of any changes and still haven’t been notified by Google. We also double checked our emails to see if any notifications of policy changes were announced, but we haven’t found any such emails.

Adams wrote that Mikandi is now updating its app, which reached its API limit in just one hour this morning, to comply with the new policy. The company called Google this morning, asked for an increase in API and initially was approved. But then later in the day, this request was denied.

“Of course, the more important issue is that we were effectively banned with the sudden policy change,” Adams told GeekWire. “We see Glass as an awesome adult communication tool, so we definitely do not want to remove any of the social and sharing features. Our goal is to push the envelope, but to do it in a responsible way.”

Adams, who founded Mikandi in 2009 with Jennifer McEwan, said his company loves the vision behind Glass because of its more “natural way to enhance our lives with technology.”

“The idea of sharing and communicating through the intimate perspective of POV is a thrilling combination for adult entertainment,” he said. “Also, Glass is currently paired with your mobile device, so we envision a variety of adult notification based apps that complement the adult experiences you’re already enjoying on your phone, computer or connected TV.”

Adams said the company is “growing nicely every month,” with more than 8,000 published apps, four million users and 3,000 new registered users per day. The team is made up of four full-timers and ten at various part-time levels.