For the ten years Libby Ludlow spent racing down mountains as a U.S. Olympic skier, she never met with venture capitalists, surely did not spend time in an accelerator and definitely never presented at a Demo Day.

But in a way, she was still an entrepreneur in spirit, taking ownership of everything going on from the first day she outlined her vision of becoming an Olympic athlete. Taking baby steps, the Seattle native overcame a series of crushing injuries to eventually achieve her goal of racing in the 2006 Olympics, demonstrating those entrepreneurial qualities — building a vision, staying tough through adversity, completing the mission — all along the way.

Now, Ludlow is doing it all over again — but this time, she’s the founder and co-president of an actual startup that’s designed to teach young female athletes “mental fitness” and help them feel empowered in all areas of their lives.

Along with co-president and fellow Seattleite Jilyne Higgins, Ludlow launched Z Girls as a way to give back all the lessons she had gleaned from athletics with her own mental and emotional development.

“I just learned a lot through various experiences at the highest level with overcoming injuries and having exposure to sports psychologists,” Ludlow said. “I thought the biggest way I could give back was to teach girls the tools I had learned along the way.”

Z Girls, which recently won the $13,220 second place prize at this year’s UW Business Plan Competition, is geared at young women aged 11-to-14 who are already competing in sports. Getting young girls to start playing sports isn’t all that difficult. The problem, Ludlow said, is that they’re dropping out of sports by age 14 at twice the rate of boys.

“That’s a really tough time to be an adolescent girl and sports is a really powerful way for girls to navigate all the challenges,” she said. “We are trying to give them all the tools they need to fully enjoy their experience in sports and show them the value of sticking with it.”

Inspired to test her idea, Ludlow reached out to Higgins for help and the pair ran a pilot program in 2011, teaching a couple groups of athletes lessons like goal-setting, positive self-talk, building confidence and communication. The feedback from parents was incredibly positive; many said they could already see a difference when their kids were in competition.

Knowing that they were on to something, Ludlow and Higgins officially launched Z Girls last summer with a full-blown curriculum and two program options: day camps and team-based coaching. The sport-specific clinics offer any athlete a crash-course in the curriculum by spending a day doing things like guided discussions, workbook exercises, and interactive activities.

The coaching aspect, which is the company’s primary offering, allows teams to arrange for Z Girls to come directly to their own practices and do one-hour sessions for six weeks.

“The girls have regular sports practice and then a Z Girls leader, an awesome NCAA athlete, shows up for the last hour and runs them through a curriculum that can change their life and how they think about themselves, how they interactive with coaches and how they set goals,” Ludlow explained.

Though the different options range in duration, the mission is the same: to show the girls ways to build confidence and become stronger individuals through the context of sports. 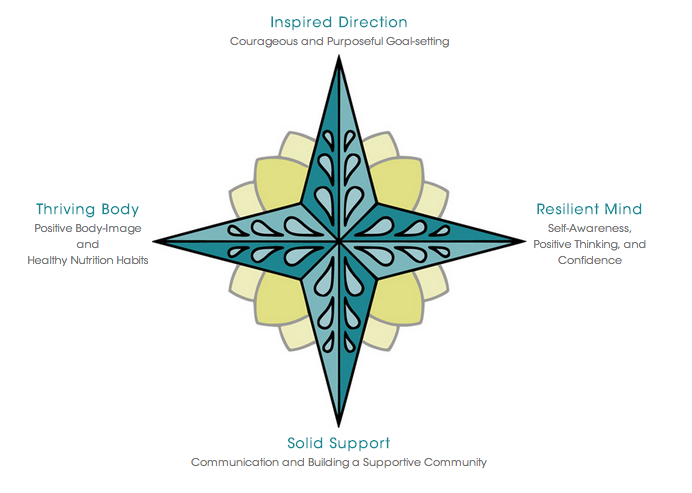 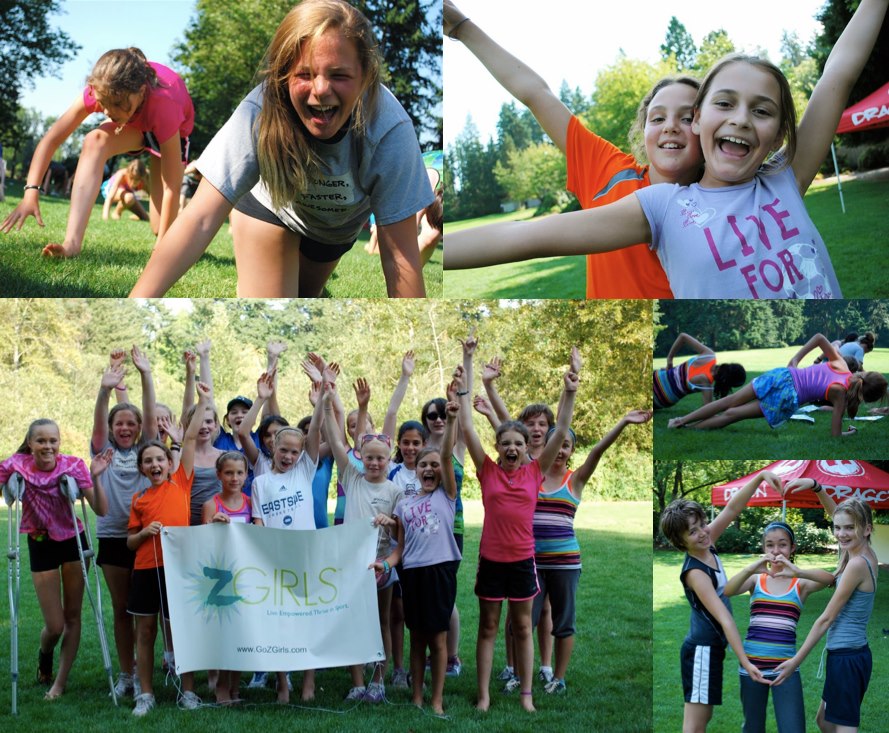 The company has brought on 18 program leaders for this summer and nearly all are NCAA athletes who not so long ago were in the same shoes as the girls. They serve as role models to 11-to-14 year olds entering the age where they’ve begun looking to other people for validation and feedback.

“Unfortunately, that’s the exact age when parents or coaches might have a hard time communicating with girls,” Ludlow said. “That’s what is so great about the program leaders — they understand the pressures the girls are going through, but they’re also old enough that the girls listen to them as instructors and role models.”

Z Girls has an impressive advisory board made up of star athletes like Sue Bird and Summer Sanders, as well as professionals like Seattle Storm owner Ginny Gilder. The company also has sponsorships in the works with Nike and Seattle Children’s Hospital, and is setting up a partnership with Girls on the Run.

The eventual goal is to build out Z Girls nationwide and hire regional managers to run programs around the country.

“What we’re offering has never been done before,” Ludlow said. “There are other organizations that target girls who are inactive and not in sports, but we’re an education platform layered on top of what girls are already doing with existing sports.”

Ludlow, who is also a certified life coach and yoga instructor, said her grueling time at law school made her realize practicing law wasn’t making her happy.

“In a way, I’m spoiled. I already know what it’s like to live your passion and achieve a huge life dream,” she said. “The idea of not living my passion was so unbearable that I couldn’t even stomach it.”

Z Girls, though, is different.

“It’s a huge risk to do Z Girls, but it’s what I’m meant to do,” Ludlow said. “I believe in what I’m doing, and I know I’m making a difference in people’s life. I can’t not try to make it work.”

Previously on GeekWire: The Most Valuable Pitches (MVPs) from Nike Accelerator Demo Day