Now, more than ever, social media accounts can be the passports for users to connect to different services we use on a daily basis. A button that allows you to log in using any of your social credentials is almost as plentiful as a username and password field on many sites. As a part of their outreach to potential users, Facebook and Google have both been pushing their ability to authenticate with other services. It seems, however, that their outreach may not be working well enough. 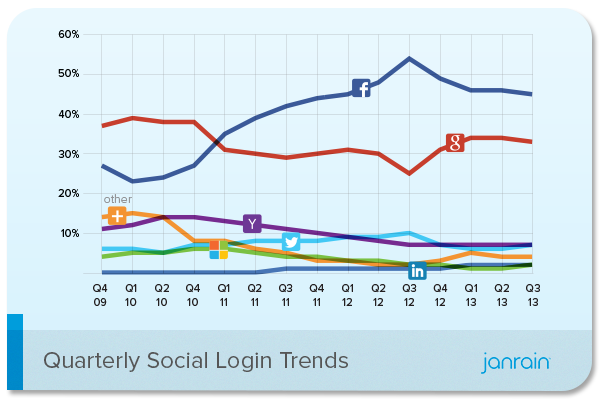 According to a new report by social login service provider Janrain, logins through Google+ and Facebook have both slipped in the past quarter.

Unlike past quarters, when Google+ was clearly pulling market share away from a number of its competitors including Facebook, the causes for this particular shift in the social arena aren’t that clear. It’s entirely possible that this is just normal variance in how people are using their social log-ins, but it could be more worrying if we’re seeing the start of a greater trend.

One possible explanation could be that users who would otherwise reach for products based in the U.S. may have decided to start actively moving away from Facebook and Google, two companies implicated in Edward Snowden’s leaks about NSA spying capabilities. That would certainly square with comments made by Mark Zuckerberg over the summer. 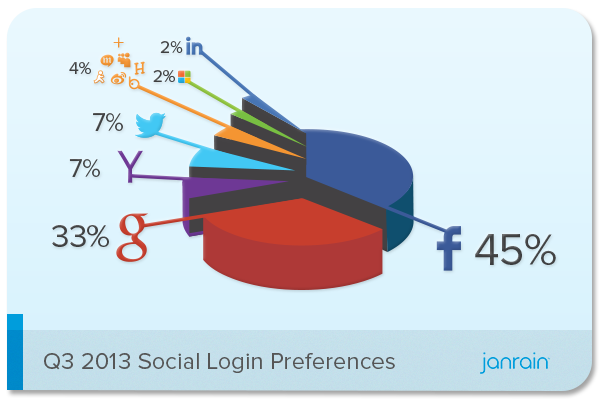 Even though both companies have lost share among people logging in to services with their social accounts, they both still hold a commanding lead over the rest of the social market, with Facebook commanding nearly 45 percent of all social logins. In the meantime, just about everyone else seems to be holding steady, with Twitter and LinkedIn making slight gains, and Microsoft holding on to about 2 percent of login share. 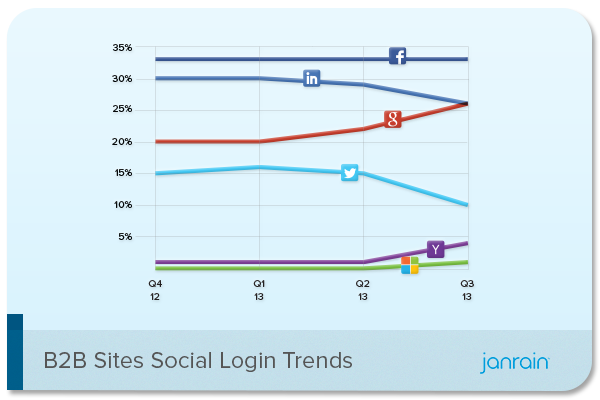 While its overall numbers have fallen, G+ still has a key weapon against Facebook in its back pocket: people who want to keep their home life separated from their work life.

In business-to-business applications, when people are less likely to use their Facebook profile, Google has been making major inroads, even against LinkedIn, as a means of signing on to services, especially since users of Google Apps for Business can get a G+ account that’s based on their work email address.

Right now, though, it’s hard to say if we’ll see anything substantive come from this blip in engagement. Only time will tell if we’ve hit peak Facebook.