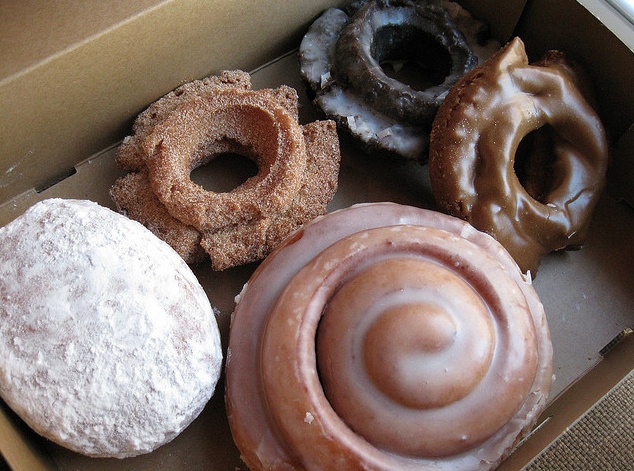 Donuts appears to have a pretty big appetite for fresh cash. The Bellevue startup, which emerged last year with more than $100 million in a series A funding round that was the largest in the state, has pulled in even more cash as it looks to gobble up domain name extensions.

And the CEO of the 11-person startup says they have access to more funds, if they need them.

The company isn’t saying exactly how much it raised this time around, though a spokesperson said in an email that it “doubles Donuts’ available capital.” The spokesperson was not immediately available to comment to clarify what that meant.

“The money is earmarked for participating in auctions for strings and otherwise acquiring the (generic top-level domains) we applied for. As that’s competitive information, Donuts isn’t talking about specific amounts,” the spokesperson said in a follow-up.

The deal does include a Series B equity investment led by existing investor Generation Partners, money that came in at twice the valuation of the first round. Columbia Partners Private Capital also participated in the deal.

Donuts emerged almost from nowhere last June when it became the largest bidder for what are known as generic top-level domains (gTLDs). It bid for 307 different domain name extensions, a bidding process that continues with a key ICANN meeting in Beijing.

Donuts is led by former Paul Stahura, a domain name expert who sold eNom to Demand Media in 2006.

“We intended from the beginning to secure the gTLDs for which we applied,” Stahura said in a release.  “We enjoy tremendous support from our stockholders and lenders.  This was an oversubscribed round that nearly doubles our capacity to compete.  Our investors believe as strongly as we do that new gTLDs will bring relevance and specificity to registrants who have few usable choices today for Internet identities.  This additional capital supports that belief, and we intend to deploy it to bring new gTLDs to market.”

Previously on GeekWire: Amazon.com under attack for plan to own .book, .read and other domain name extensions