Decide.com has reeled in $8 million in fresh funding, money that the Seattle startup will use to hire more engineers and developers to crunch data in order to tell consumers what products to buy.  Paul Allen’s Vulcan Capital led the deal, making the round a decidedly Seattle affair. Other investors included Seattle venture capital firms Madrona Venture Group and Maveron. 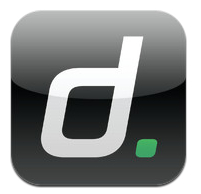 As a result of the deal, Vulcan’s Steve Hall and former drugstore.com CEO Dawn Lepore have joined the board.

Co-founded by University of Washington computer scientist Oren Etzioni and led by former Farecast executive Mike Fridgen, Decide.com is analyzing 230 terabytes of data to tell consumers the best time to buy smartphones, refrigerators, TVs, lawnmowers and a number of other products.

“In the increasingly complex world of shopping, Decide is becoming the one place consumers can trust for unbiased, data-driven advice about what to buy and when to buy it,” said Fridgen.

Decide.com, which offers shoppers a Decide Score on thousands of products, is taking direct aim at the 77-year-old magazine Consumer Reports.

“Decide is to Consumer Reports what Yelp is to Zagat: an example of technology disrupting older ways of providing consumers advice,” Fridgen said last year. “Our technology provides product recommendations in real-time by using big data, millions of reviews from across the Internet, in addition to experts.”

As part of that effort, Decide.com unveiled a membership program last year. It is charging $4.99 per month, or $24.99 annually for full access to the service.