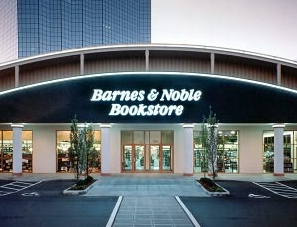 Let’s just call it the Amazon.com impact. An executive for Barnes & Noble tells The Wall Street Journal that it will close down as many as 20 stores per year over the next 10 years — part of a plan by the retailer to focus on its most profitable stores.

Barnes & Noble also has curtailed the number of new store openings, with no openings in the past two years. But the company, which inked a partnership with Microsoft last year around its Nook digital reader business, isn’t tossing in the towel, even though other retailers such as Border’s and Tower Records have succumbed to Amazon.

Mitchell Klipper, chief executive of Barnes & Noble’s retail group, tells the Journal that the company’s retail operations represent a “good business model” — one that is “going to be around a long time.”

Barnes & Noble’s stock has risen nearly eight percent in the past year, yet its market value stands at just $773 million. By contrast, Amazon is valued at $125 billion, which means the online retailer could easily gobble up its brick-and-mortar rival if it chose to do so.

Rumors have circulated about Amazon’s intentions in brick-and-mortar retail, but if it decides to go that path some believe that the online retailer will take a more iconoclastic approach. [See: Amazon.com should buy Coinstar: A tech prediction that makes a ton of sense].

Meanwhile, sales at Barnes & Noble continue to drop, down 12 percent during the holiday season. (Amazon is set to release earnings on Tuesday).

And Barnes & Noble’s digital future, via the Nook, also is hurting. According to the company, sales of the electronic reading device fell short of expectations in the key month of December.

“We are examining the root cause of the December shortfall in sales, and will adjust our strategies accordingly going forward,” said Barnes & Noble CEO William Lynch.