George RR Martin’s world of Game of Thrones is full of dragons, zombies, and magic. These are fun, but not the point. The reason the show speaks to us so deeply is it’s a very human story, in spite of the fantastical elements. It’s a story of scheming, passion, power grabs, irrationality, and petty squabbles that boil over into all-out war.

As such, we can draw parallels to our careers as managers. I’m a Program Manager by trade and tend to see things through that lens — Game of Thrones is no exception. Good projects are rewarding, bad projects are war. For every moment of triumph, there are ten failures.

While learning from one’s own mistakes is good; learning from the mistakes of others is better. To that end, let’s take a look at three project management rules broken by the biggest losers in the Game of Thrones: The Starks, followed by examples of characters doing it right.

Lesson 1: Focus on People Over Process

The field of project management is fraught with “best practice” processes. Funny thing, though, people do the actual work. Processes are valuable only insofar as they support people getting things done. The best PMs gauge when people start working for the process and recalibrate accordingly; they know when to break the rules and when to write new ones. 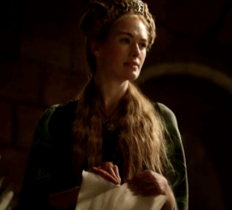 If there’s one thing Ned Stark loves, it’s following the process. The people serve the Lords, the Lords protect the people. So, too, with Lords and the King. He justifies his actions by citing that “our way is the old way;” not exactly the agile manifesto. This worked well in the relatively stable environment of his Lordship in Winterfell. However, he was woefully inept when dealing with the highly politically charged environment of King’s Landing.

“Is this meant to be your shield, Lord Stark? A piece of paper?” – Cersei Lannister

As the King’s Hand, Lord Stark naïvely trusted his colleagues to play by the rules, just as he did. He followed the process, completely ignoring the people breaking the rules in front of him. He did everything right, and it cost him his head.

One of the best pieces of advice I ever received was, “Never be stupid on purpose.” If processes hurt more than they help, it’s time to change or throw them away. This is a core life lesson in getting things done in the business world as well as life in general.

Jaime swore an oath to obey and defend The Mad King, Aerys Targaryen, with his life. When King Aerys ordered Jaime to burn the city and massacre its citizens, he disobeyed and killed the King. Sure, he was given the disgraceful nickname Kingslayer, but he got the job done and saved a lot of lives. 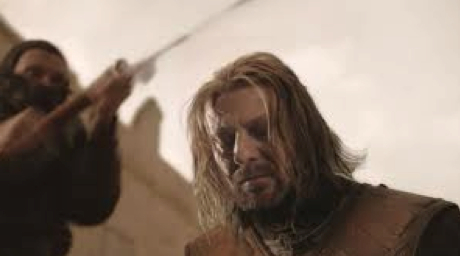 The role of a project manager is, in theory, an impartial one, and the ability to maintain a global perspective on a project’s priority level and where it fits into the roadmap is paramount. However, I’d be hard pressed to find a PM who hasn’t had an emotional interest in at least one of his or her projects.

You plan it, you launch it, you watch it grow, and remove obstacles in its way. If you’re not careful, it becomes your child–and like a proud parent, you will fight for it. However, problems arise when you’re so invested that you view success of the project as more important than success of the organization.

The Lady of Winterfell, Catelyn Stark, loves her five children. It was this love that led to a pattern of selfish and irrational behavior and condemned an entire continent into civil war.

Catelyn consistently mistreated her husband Ned’s illegitimate son, Jon Snow, holding her own children above him. Jon became so miserable and unwelcome, he left his home and family as soon as he could and resigned himself to a life of celibate servitude on The Wall.

After a failed assassination attempt on her son Bran’s life, she arrested Tyrion Lannister without authority and without evidence (read: imprisoned). This provoked the Lannisters to retaliate, which ultimately led to Ned Stark’s execution and the War of the Five Kings. Later, Cat committed treason by arranging to trade Jaime Lannister, then a captive prisoner, for her daughters, Sansa and Arya, thus losing a valuable advantage for her side in the war. 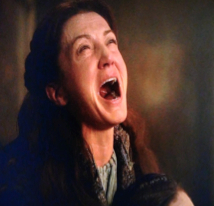 The result of her myopic territoriality was millions of dead bodies, including members of those she sought to protect. It’s fitting that her final act in life was murdering an innocent girl in retaliation for her son’s death.

By focusing on a small piece of the world, you lose perspective about what’s really important. We all have our pet projects, but knowing where they fit in the roadmap and prioritizing them accordingly is necessary. It’s important to fight for your projects, but nothing will ensure their ultimate failure faster than burning down the company in the process.

As the King’s Master of Whispers, Varys commands the greatest spy network ever seen in Westeros or the rest of the world. When asked by Ned Stark who Varys truly served, he replied honestly, “The Realm.” His global perspective gives him the insight and wisdom to realize that the success of The Realm as a whole is what matters, despite having some of his favorite features cut.

Lesson 3: Don’t Piss Off Your Stakeholders

If you ask what makes a good PM, they’ll often say, “he/she gets things done.” While I’m sure many people appreciate efficiency in the abstract, what that sentence really means is “he/she gives me what I want.” The term Leader Servant isn’t a joke. Make your stakeholders happy and they’ll support you forever. If not…

Robb Stark was named King of the North by the northern lords, who were outraged at the execution of their Liege Lord, Ned Stark. They believed in Robb and his ability to forge a free and independent northern kingdom–something they wanted. The new king enjoyed fervent support and won every battle. Eventually, Robb’s crown began to fit a little too well and he took their support for granted.

Jaime Lannister, a prisoner of Robb Stark, killed two of Lord Karstark’s children in an escape attempt. Karstark, one of Robb’s bannermen, understandably demanded retribution by Robb in the form of Jaime’s head, but was refused on the grounds that he was a valuable hostage. Karstark was outraged but remained loyal to his king. Catelyn later arranged to free Jaime, hoping to convince the Lannisters to exchange him for her own captive children. Robb made a show of accusing his mother of treason, but no punishment was meted out for this crime. Ultimately, Karstark’s thirst for vengeance compelled him to disobey orders and kill two Lannister children in a rage. Robb responded by executing Karstark. The result? Robb lost half his army as Karstark loyalists deserted.

That was bad, but losing half your army is better than losing your head.

When King Robb was still Lord Robb and in desperate need to cross a great river, he pled with Walder Frey to grant him safe passage over Frey’s bridge, known as “The Twins.” This wasn’t merely letting an army walk across a bridge — to allow this passage, Frey was actively taking a side in the war. He became a stakeholder in Robb’s rebellion. In return for the risk Frey was taking, Robb reluctantly agreed to marry one of Frey’s daughters. With the alliance solidified, Robb marched on the Riverlands to defeat and ultimately capture Jaime Lannister, a major turning point in the war.

As the war progressed, a promise made months prior for favors long done became less relevant to the immediacy of battle. He met a beautiful young battlefield nurse, fell in love, and married her–thus breaking his word to Lord Frey. Robb’s chief enemy, Tywin Lannister, used this strategic blunder to bring Roose Bolton, another one of Robb’s bannermen, and Walder Frey to his side. The result was the incident known as “The Red Wedding,” in which Robb, his pregnant wife, and Catelyn Stark were assassinated while his army was ambushed and destroyed. Brutal? Yes. Unexpected? No.

By ignoring or slighting your stakeholders, they’ll eventually work to undermine your efforts. They probably won’t go as far as murdering you and your family, but it might feel like the corporate equivalent.

The claim to the Iron Throne may be her birthright, but Daenerys knows her power only comes from her constituents. She listens to her stakeholders and prudently uses charm, force, or both as the situation dictates to get them what they need.

Conclusion: You Win or You Die

Project management is, at it’s heart, a social job. Neither a fancy title nor traditional processes will save you. The thread that ties the Starks together is a failure to deal with people properly. Blindly expecting them to behave the way you think they should, focusing on your own narrow goals, and ignoring their needs spells project death. If you want to win, work on your people skills.

Oh, and having dragons probably helps, too.

Kayvon Ghaffari is a Program Manager for LiquidPlanner, an online project management provider.