Amazon won approval from Seattle’s Design Review Board for a massive, three-part biodome on its planned campus north of downtown Seattle last night, after its architects convinced the panel that the ground levels of the unique structure would be engaging and inviting to the public passing by.

New drawings submitted by NBBJ, Amazon’s architects, showed new details including what the retail entrances will look like at the base of the structure. The plan now requires approval from the city’s planning department, which typically takes place in four to six weeks, according to the Seattle Times.

The new 3.3 million-square-foot office and retail complex will span three blocks bounded by Westlake Avenue, Blanchard Street and Sixth Avenue, connected by a streetcar line to Amazon’s existing headquarters campus in the South Lake Union. In addition to the biodomes, Amazon plans to build three 38-story office towers on the blocks.  The complex will also include amenities such as a dog park.

Amazon’s new campus will help accommodate the company’s explosive growth. The company has more than tripled in size in the past three years, reaching 97,000 employees at last count. The company also is reportedly planning to occupy a large chunk of a new project in Vancouver, B.C.

Here are more renderings of the project. See the latest design review document for more details. 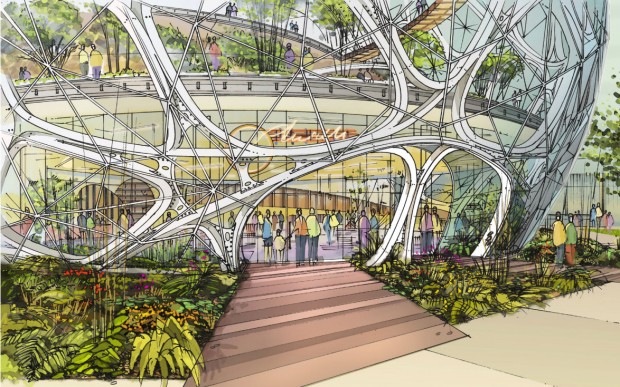 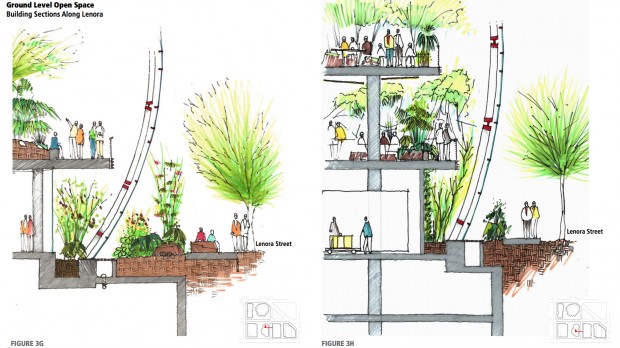 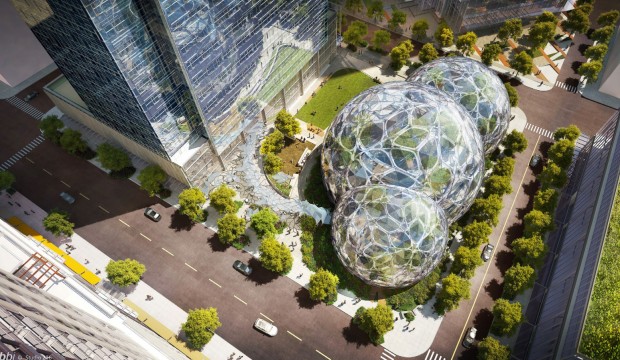