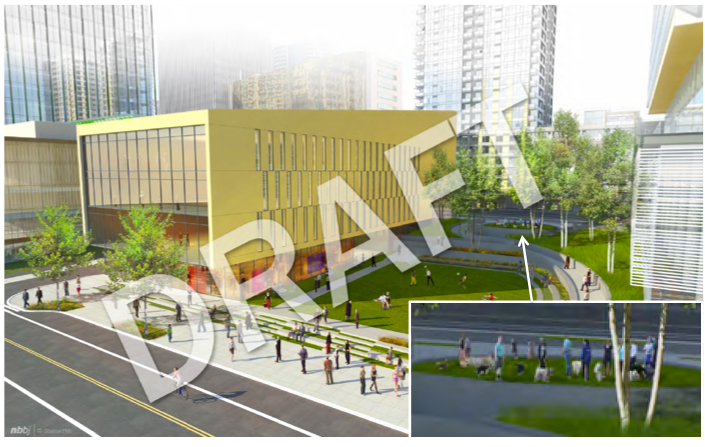 Amazon.com has long been known as a workplace where dogs are welcome, so long as their owners abide by certain rules. But the company is going a step further in the plans for its new Seattle campus — designating a special area where the dogs can take care of some business of their own. 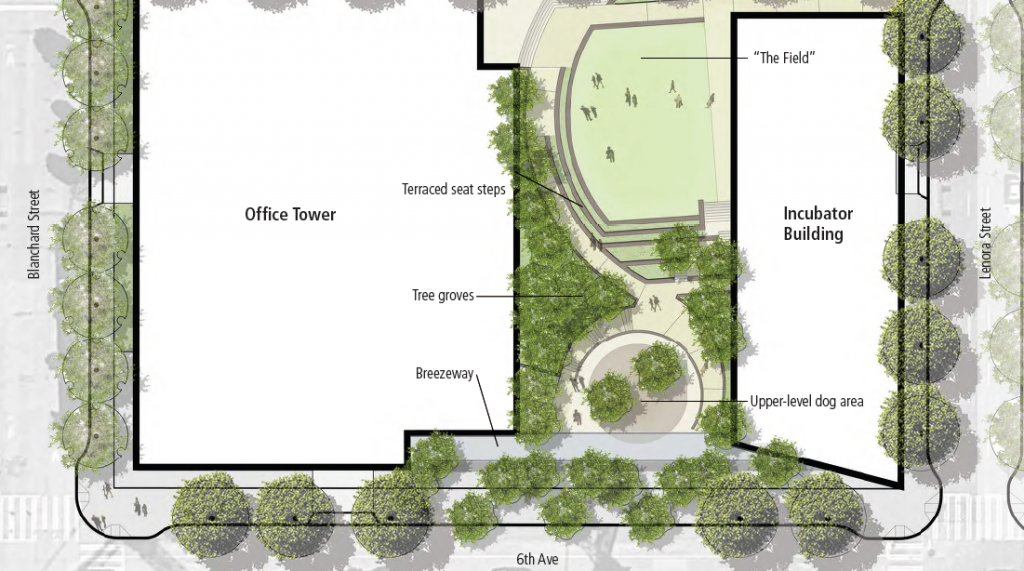 If you look closely, the circular dog area is revealed in the latest update to the company’s public plans (PDF), with one of the architectural renderings depicting a dozen canines and their owners gathering in the space.

The Seattle Times, reporting from a Design Review Board meeting last night, says the dog park would be open to the public, not just to employees.

Calling it a “dog park” may conjure up images of larger fenced facilities elsewhere in the city, but that’s not quite what we’re talking about here. The space would be about 40 feet in diameter — room enough for sniffing, rolling around and other activities, but not much for running around.

Amazon’s new campus, on the northern edge of downtown Seattle, is slated to be built in phases over four to eight years, with three large office towers and three smaller buildings on three blocks.

The company, which occupies a large campus in Seattle’s South Lake Union area, says it needs the space to accomodate its growth. The company added more than 9,000 workers worldwide in the last quarter alone, growing to 65,000 people overall. In a broader look at the company’s expansion today, Xconomy estimates that 10,000 of Amazon’s employees are in Seattle.