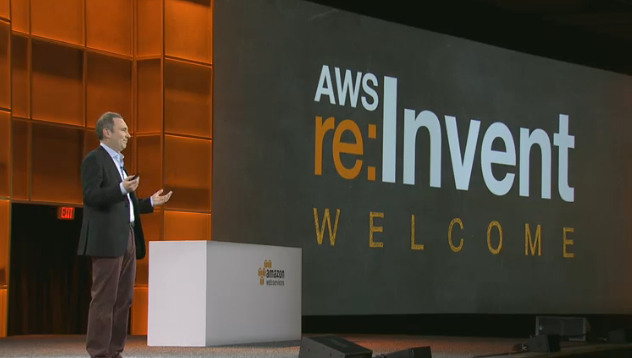 Amazon Web Services is hosting its big re:Invent conference today in Las Vegas, entertaining some 9,000 attendees with new cloud computing services. And one of those new offerings certainly will grab the attention of mobile app developers.

It’s called AppStream, and the idea is to create an easy way for developers to offload some of the most graphically-intensive components of their apps to the AWS cloud. The advantage, according to Amazon, is that developers don’t have to worry about designing apps for specific pieces of hardware.

Basically, develop once, and AppStream will intelligently adjust the service based on the type of device or environment that the user is operating in. Developers no longer have to worry if the end user is on the latest iPad or just emerging from the dark ages of smartphones.

In other words, they don’t need to rewrite code every time a new hardware device emerges or update is released.

“What’s happening is more and more there are these computationally intensive applications that consumers want to consume — it ranges from sporting events to media events to games to 3-D apps, engineering apps. And mobile developers who build these types of things are left with this difficult decision because end users want to consume these computationally-intensive applications on whatever device they have, large or small.

And so what happens to mobile developers who build these apps is that they have to make this choice, they either have to build it the way they have been building it, which is really rich and computationally intensive, and then they can really only sell that to end users who have high-end hardware, which is a very small portion of the market segment. Or, if they want to reach the mass of end users, who have far less capable hardware, they have to water down the experiences. So, that is kind of an unhappy choice that app developers have to make.

So, we looked at this, and we wondered: Is there a way that the cloud can make a difference here? And is there a service that we could provide that would help mobile developers with this…. That’s why we’ve launched and I am announcing now, Amazon AppStream, which is a flexible, interactive application streaming service for any device…. It allows you to build whatever the app is that you want to stream, you stream it from the cloud in AppStream to any device, and it appears to the end user like it is streaming right to the mobile device.”

Jassy added that AppStream “eliminates the constraint” of end users having less capable hardware and machines, allowing them to enjoy the app the way it was originally conceived. “Whenever there is a device that wants to connect to a stream, AppStream connects it with a server, and it plans for the right capacity that you need, so you can scale up when there is more demand, and it provides a consistent streaming experience,” he said.

“It means that these app developers who have these computationally-intensive apps now don’t have to only serve small groups of people with high-end hardware on the other end,” said Jassy. “They now can serve a much broader constituency, and it enables streaming applications that I think developers didn’t believe were possible before and it even enables hybrid usage, where you will see a number of developers who only use AppStream for a piece of their application, perhaps only the heavy rendering part. So, it really changes the game for app developers.”

Here’s more on how AppStream works from a promotional video.