Amazon.com isn’t messing around when it comes to expansion in California. The Seattle online retailer today announced that it plans to open a new 1-million square-foot fulfillment center in outside of San Francisco in Tracy, California.

It marks the third announced fulfillment center in California for Amazon, which opened its first facility in San Bernardino just three months ago. Another facility in Patterson is set to open this summer.

The new Amazon fulfillment centers follow a long battle — and eventual compromise — over sales tax collection in the state. Amazon agreed to start collecting sales tax on purchases made via the site last September, ending what The New York Times had called a “an abdication of corporate responsibility” by the online retailer. 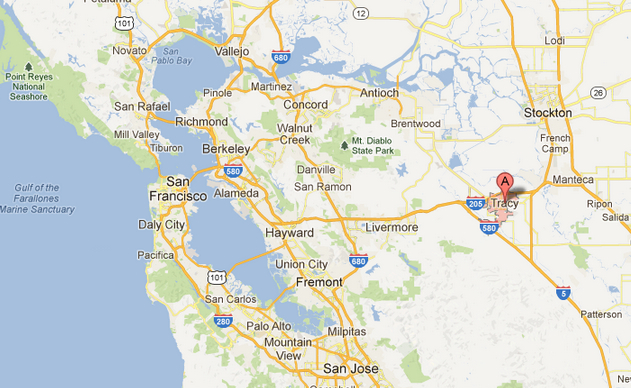 Amazon has now added more than 1,000 warehouse jobs in California in the past year, and with he new facility it plans to add even more.

But the company also is pushing towards much more automated facilities, utilizing technology that it purchased from warehouse robot maker Kiva Systems. In today’s press release, Amazon said that employees at the new facility in Tracy will “engage with high-end technology while fulfilling customer orders.”

“In terms of delivery speed to customers, we are certainly trying to get geographically … and always trying to get closer to customers. That’s something that is not new. It is something we’ve been doing for some time. But, in terms of same-day, we don’t really see a way to do same-day delivery on a broad-scale economically. But, again, we will continue to work on behalf of customers to figure out a way to serve them by getting them product faster.”

The new facility — about 55 miles outside of San Francisco — will be built on 90 acres. Tracy Mayor Brent Ives called the new fulfillment center  “a wonderful addition to our economic base,” while San Joaquin Partnership CEO Mike Ammann said they are excited by Amazon’s “major investment in a state of the art automated technology fulfillment center.”