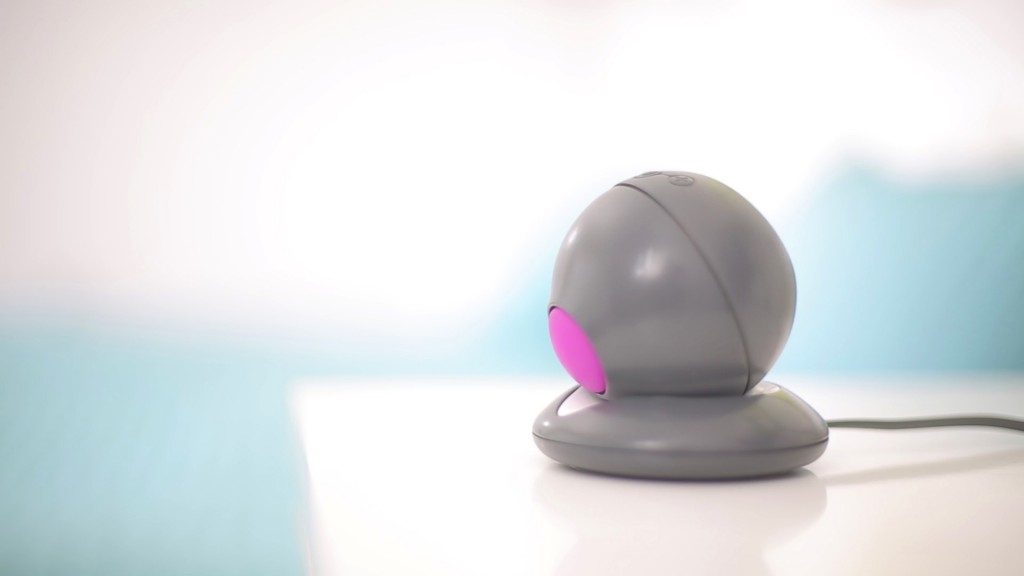 He thought there could be a better way, a quieter and more powerful device than other vibrators on the market.

From that nugget of an idea, the Revel Body was born. Now, Elenga, is getting ready to launch the new sex toy, rolling out what he calls the biggest technological advancement in vibrators in more than four decades. Elenga proudly proclaims that the Revel Body, which is unveiling a new Indiegogo fundraising effort today and is gearing up for a full launch in June, provides 50 percent more power than other vibrators on the market.

It also looks nothing like traditional phallic-shaped vibrators, instead more closely resembling a tennis ball.

Elenga, however, is most excited about the motor behind the Revel Body. With one patent already granted, Elenga says that the motor can be adjusted between 24 and 200Hz, providing a greater range of vibration.

“People hate noisy vibrators because they think the neighbor can hear it,” he said.

Consumers also have grown tired of the branding associated with traditional vibrators.

Revel Body, which has raised $1.3 million in angel financing, is looking to debut the product in June for $180. Made in China, it boasts a lithium ion battery and USB charger.

The three-person company plans to sell the device on its Web site, as well as through brick-and-mortar retail channels. One day, Elanga said he’s hopeful that retailers like Nordstrom will carry it.

“The industry is mainstreaming very quickly,” said Elanga, adding that vibrators are now being sold at drugstores and major retailers like Wal-Mart.

Nonetheless, Elenga said that it is still very much a “stigmatized industry” and he struggled at one point to find a manufacturer in the U.S. who wanted the business. Banks also have largely steered clear of Revel Body.

“When you get push back like that, you think it is a negative. But there is a big positive to it…. Sin industries tend to have higher profit margins because all of your competitors are off making iPhone apps or social networking sites,” he said. “There are less competitors really chasing the business, and there are no big Fortune 500 companies. For raising money, as long as you get people with an open mind, it creates an opportunity for better returns in both profitability as well as in an exit. As this industry mainstreams, at some point, there is going to be a big company, other than Trojan, that is going to want to get in. And they are going to buy the technology and the brand that is most interesting.”

Revel Body is also looking at licensing the technology behind the motor, with Elenga saying it could provide better vibrations to cell phones, game controllers and medical devices. In fact, the motor is what Elanga says will set Revel Body apart in the long run.

When he first started looking at the industry, Elenga said he was stunned to learned that battery-powered vibrators largely used the same type of motor.

Here’s Elenga showing off the technology:

Here’s a promotional video of the Revel Body: