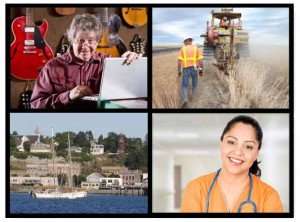 The Washington State Broadband Office today released a comprehensive report about the state of broadband in the state. And here’s the upshot: Things are getting much better for those who have a need for speed.

The authors of the report declared that 2011 was a “watershed year for broadband connectivity in Washington” with public and private investment at a high point.

According to the report, 96.1 percent of residents now have access to broadband connections of 3 Mbps or higher. In the populated areas along the I-5 corridor speeds jumped from less than 10 Mbps in June 2010 to 25 Mbps in June 2011 driven by private and public investments.

Now, as we’ve noted in the past, boasting about speeds of 3 Mbps isn’t anything to write home about. (Especially in comparison to South Korea, Sweden and other countries).

But at least things are moving in the right direction. Rogers Weed, director of the Department of Commerce, wrote that “fast and ubiquitous broadband” is needed for the state’s economy to thrive.

“Though the state’s infrastructure is growing, our challenge will be to capitalize on these network investments to drive economic growth,” Weeds wrote.

Washington state ranked 23rd out of 56 states and territories in terms of broadband connectivity. The report also found that 44 percent of residents have access to at least four wireline carriers, above the national average of 9.3 percent.

Here’s a look at where the Internet connectivity is flowing, with the full report below. 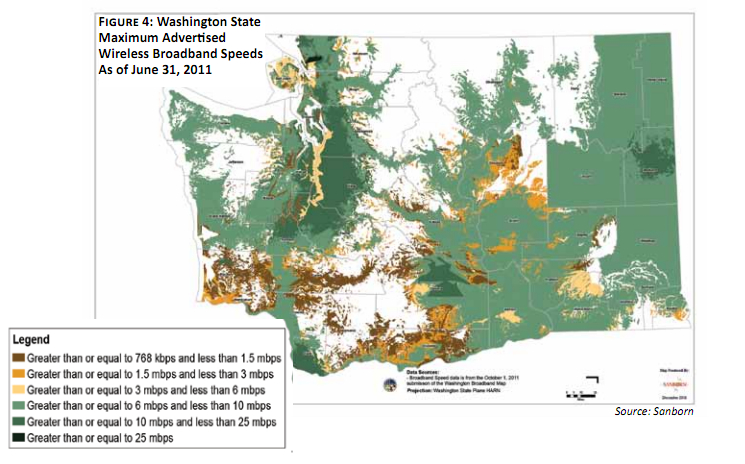 And here’s a look at the full report: