Former Seattle Seahawks Joe Tafoya, Kerry Carter and Chike Okeafor may not be unleashing bone-crushing hits on the football field anymore, but their competitive juices are still flowing. They’ve just traded the thrill of the gridiron for the fast-paced action of mobile applications.

The trio are now teammates at Viva Vision, a 13-year-old Redmond mobile application distributor and developer that Tafoya helped purchase out of receivership two years ago.  The 33-year-old former defensive lineman — whose Twitter handle notes that “Steve Balmer told me I was literally the largest nerd he’d ever met” — has big things in store for the profitable company.

Today, Viva Vision and Voda Digital announced a new version of Mobile Linebacker, a 99 cent game that’s available on iOS and Android. In the game, players are encouraged to “unleash their inner linebacker” in order to “dismantle the offense and blast running backs!”

Just the kind of stuff that Okeafor and Tafoya used to do for real on the football field.

With the Super Bowl just a few days away, we checked in with Tafoya for the latest installment of Startup Spotlight.

Explain what you do so our parents can understand it: “We build mobile apps and manage high profile brands.”

Inspiration hit us: “When football was no longer an option, we needed a new field to compete in. As professional football players in the NFL we are used to competing on the highest level. Even games of bean bag toss can get highly competitive in our world so don’t bring that weak stuff here. When you retire, football stops but your competitive nature doesn’t. Mobile is highly competitive. After acquiring Viva Vision and recognizing what a challenge it was going to be…the fire began to grow.”

VC, Angel or Bootstrap: “We’re bootstrapping it, kind of. One of the reasons to acquire this company was because it came with a nice cash flow already in place. We are simply re-investing in ourselves. Besides, after years of having management dictate every aspect of our lives, the last thing we want to do is have an investor.”

Our ‘secret sauce’ is: “We knock down doors! Well, not literally unless you are locked in and need help getting out. We go in and create unique business opportunities and build strong relationships with key influencers without breaking a sweat. Networking comes easy when you are wearing a championship ring.”

The smartest move we’ve made so far: “It’s not the moves we’ve made but the ones we didn’t make that we are proud of. A lot of people have given us crap about not moving away from what they perceive to be a dying business (BREW & J2ME). We’ve spent the last few years learning our business and making small adjustments as we got better. We stuck with it and learned as much as we could from as many people as we could. Some of those doubters are now asking us to help them understand our ‘dying’ business because they see us making money.” 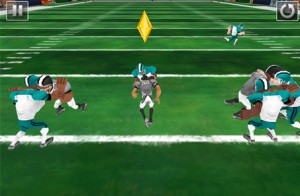 Would you rather have Gates, Jobs, Zuckerberg or Bezos in your corner: “We are based on (Seattle’s) Eastside and witnessed first hand how Bill Gates positively impacts so many lives. We want Bill in our corner.”

Rivals should fear us because: “We own the patent for fear!”

We are truly unique because: “When we walk into a meeting, people mistake us for jocks but we truly understand our industry and we’re passionate about it.”

The biggest hurdle we’ve overcome is: “See the above statement.”

What’s the one piece of advice you’d give to other entrepreneurs just starting out: “The same thing that we learned playing sports. Believe in yourself and treat every deal like it’s your last.”

And a bonus question: Who is going to win the Super Bowl: “I’m picking the Patriots by 3. Bill Belichick is a Master Jedi who controls the game using the Force … and Tom Brady.”