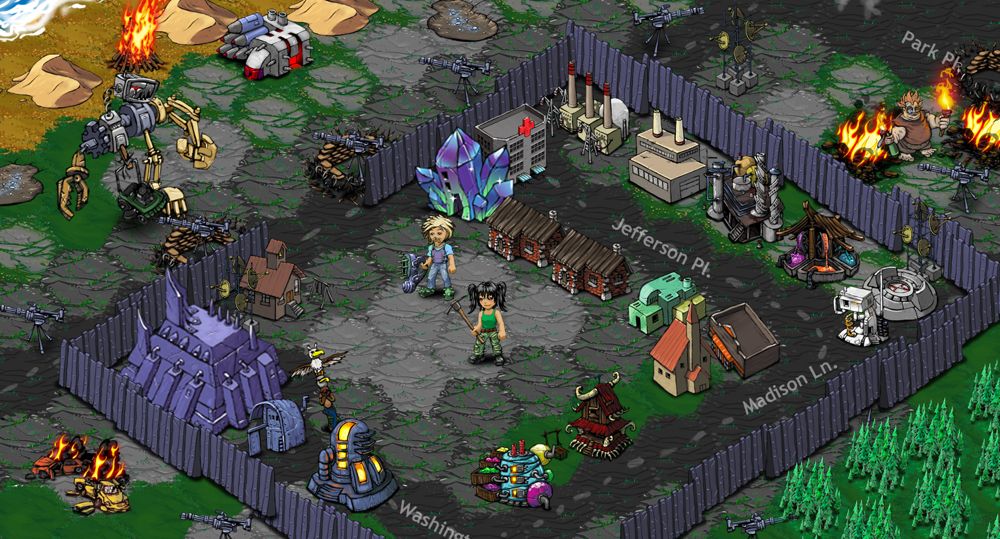 Indie video-game startup Anomaly Labs is getting close to finishing its first game, “Techpocalypse” — an HTML5-based cooperative game that lets players band together in a post-apocalyptic world overrun by machines.

Here’s the twist: The game uses real-world map data, so players can leverage their knowledge of their own neighborhoods for extra advantage. Here’s how the company describes it on Kickstarter, where it’s crowdsourcing the funds needed for the final stages of development.

Our technology slurps up real-world map data, squishes it around with top-secret digestive juices, and spits out the gooey debris of what a post-apocalyptic dystopia would look like. The process is kind of gross actually, but the result is fantastic.

You know that grocery store down the street? It’s there in the Techpocalypse world, too. Need fuel? Head to a gas station – you already know where it is. And just imagine what you can do with the supplies you find at the local hardware store.

People who make pledges through the Kickstarter campaign will receive early access to the beta, premium artifacts for their Techpocalypse characters and other perks.

“As an independent studio we get to make games that, as gamers, we’ve always wanted to play ourselves,” said Joshua Olson, president of Anomaly Labs. “Kickstarter presents an opportunity to share our dream with other gamers and include them in the creative process.”

The game is slated for release later this year, working across platforms via web browsers, with tablet and mobile versions coming after that. Pricing hasn’t yet been announced.

Anomaly, headquartered in the Seattle region, includes veterans of companies including Wizards of the Coast, Microsoft, Gazillion, Sierra On-Line and other game companies.