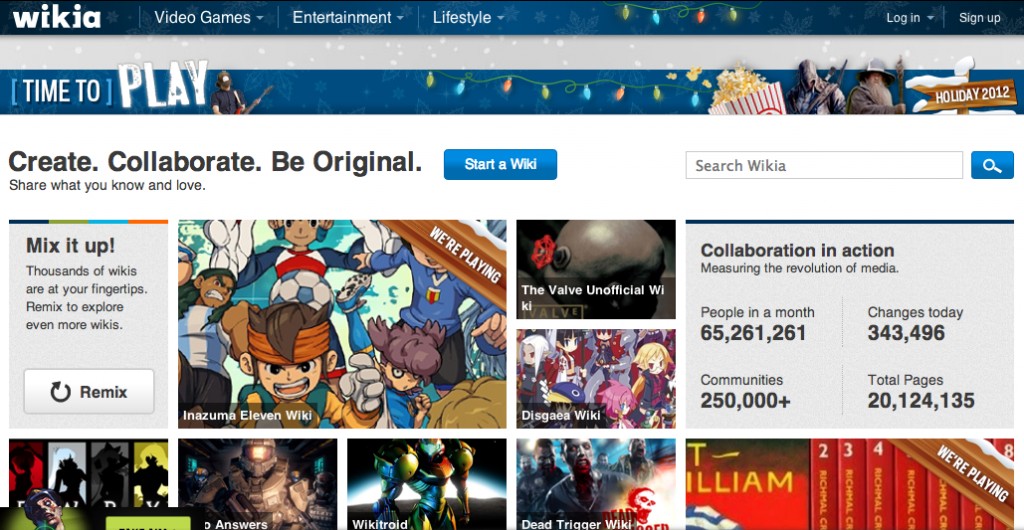 Wikia, which operates a platform that powers more than 200,000 community-powered Web sites, has raised more than $10 million from Amazon.com, Bessemer Ventures Partners and Institutional Venture Partners.

Formed by Wikipedia’s Jimmy Wales and Angela Beesley in 2006, Wikia is profitable and growing, with more than 70 million unique visitors and 1 billion page views per month. It counts more than 200,000 wikis in its network, with communities build around video games, TV, movies, sports, food and fashion. And, as TechCrunch notes, a new redesign means that Wikia no longer looks “like Wikipedia’s forgotten younger sibling.”

“The post-editorial world represents growing demand by brands to engage with dedicated and passionate fans that chronicle topics they know and love,” said Wikia CEO Craig Palmer. “With this Series C funding, Wikia will advance its mission as the provider of leading collaborative publishing platform on the Web.”

The company said it plans to use the new funds to expand with new mobile and video offerings.  Eric Liaw, a principal at Institutional Venture Partners, noted in a release that Wikia “has organically established itself as the Web’s deepest and richest destination for popular content.”

“Wikia has always had the vision that users get great satisfaction developing communities and socializing around the things they love. We’re excited the business continues to grow so rapidly – it’s a very strong team.”