That was my first thought as I began using the new Windows 8 Consumer Preview, which is making its public debut today. The Windows team has clearly been hard at work, fine-tuning all that code under the hood since the developer preview last fall. It’s zippy and mostly stable, and feels much closer to a finished product than that earlier build did. 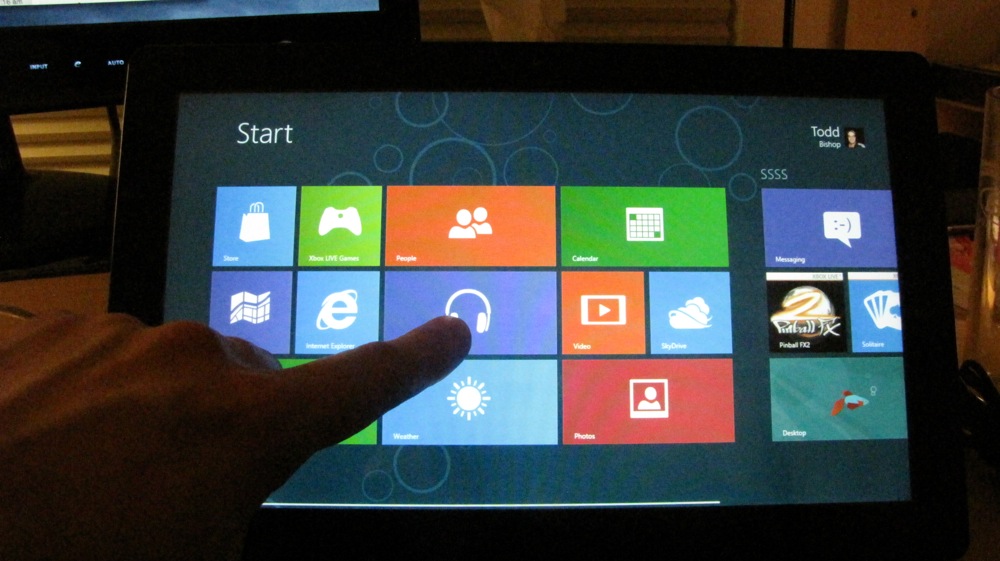 Microsoft’s Windows executives say the words “fast and fluid” enough these days to sound as if they’re hawking motor oil, but based on what I’ve experienced on a test machine on loan from the company, the phrase is not inaccurate.

Even if they won’t say so explicitly, they’re clearly making good progress toward a 2012 final release of Windows 8 — the most radical change in Microsoft’s flagship PC operating system since Windows 95.

Microsoft is launching the Consumer Preview — the fancy new name for what used to be called the beta — in conjunction with the Mobile World Congress in Barcelona, Spain. The venue underscores the company’s aspirations to use this version of Windows to regain ground in tablets, attempting to compete more effectively against the new AAA of the tech world: Apple, Amazon and Android.

In another nod to Microsoft’s mobile aspirations, the company is also launching a preview of its Windows Store for buying and downloading apps.

Since the release of the developer preview, Microsoft has made a significant change to the method of navigating Windows 8 with keyboard and mouse, eliminating the Start button on the traditional Windows desktop and instead having users trigger menus and navigational cues by pointing the mouse at the corners of the screen. (More details and impressions of this feature below.)

The default apps loaded onto the Windows 8 Consumer Preview include Mail, Calendar, Music, SkyDrive, Photos, People, and Messaging. As rumored, Microsoft is not using the Zune or Windows Live brands in this preview.

The music app looks particularly good in the immersive Metro style, showing large photos of the artists as their songs play.

Xbox figures prominently in the consumer preview, with an Xbox Live dashboard similar to the one on the Xbox 360 console, in addition to a Windows 8 version of the Xbox Companion app for controlling and playing content on an Xbox 360 using the computer.

Based on my “Microsoft ID” login — no, not Windows Live ID — I was able to see personalized features, such as my avatar, show up in the Xbox Live interface on the computer. That said, the company and its partners still have some work to do to make the Xbox Live games and services that are available on the Xbox 360 also playable in Windows 8. 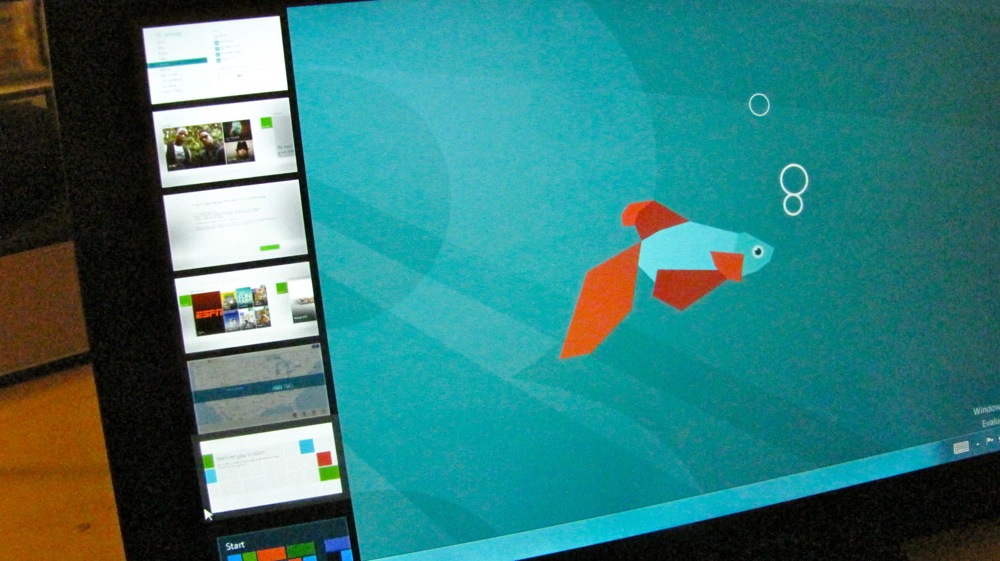 As in the developer preview, the traditional Windows desktop is still accessible in Windows 8, but the computer boots up by default into a new, tablet-friendly Start screen on both PCs and tablets. The Start screen’s “live tiles,” similar to those on Windows Phone, not only represent and launch applications but also serve up the latest information and updates from those apps in rotating text and graphics.

The most obvious change in Windows 8 since the developer preview is the absence of the Start button in the lower left corner of the traditional Windows desktop.

Yes, as rumored, they’re killing the Start button. I was convinced I wouldn’t like this change, but after using the consumer preview I stopped caring.

Microsoft has replaced the Start button with a thumbnail of the Start screen that appears when keyboard-and-mouse users move the cursor into the lower left corner of the scren. They can then click to go to the new Start screen or, in another new trick, move the cursor up the edge to activate thumbnails from open applications and navigate to them.

Tablet users will be able to hit the Start button in the frame of the machine to go to the Start screen.

Still, navigating the default Windows 8 interface — switching among programs, pulling up menus, and accessing the computer’s underlying settings — will be an adjustment for longtime Windows users. I wonder if the change will keep some users from moving to Windows 8 from previous versions.

Here are the tricks to remember if you try the consumer preview: If you’re using a mouse and keyboard, move the cursor to the corners to access commands and navigational cues. If you’re using a tablet, swipe in from the edges of the screen with your finger to access those same things.

Bottom line, this continues to feel like a logical evolution for Windows. Microsoft hasn’t officially announced a release date, but at this point it would be a complete shock if it weren’t this year. And the consumer preview is worth downloading and installing, particularly if you can put it on a spare machine.