It’s 45 degrees outside, and a cold rain pounds against Seattle’s Exchange Building. But on the 8th floor of this historic 22-story art deco office — a concrete edifice that once housed industry titans such as GE and Standard Oil — Seaton Gras wants to talk about surfing.

Why surfing? Well, for one Gras — a 56-year-old entrepreneur and mobile app developer — says there’s nothing quite like the thrill of picking out that perfect wave and riding it to shore. In fact, Gras sees all kinds of parallels between surfing and startups.

“You have to be in the right place at the right time and you have to give it your all –paddle like crazy and forget the rest of the world,” says Gras. “You drop into your wave and have the ride of a lifetime — but you have to watch out for coral reefs and rocks and snakes and sharks. But, at the end of the ride, you are going to be surrounded by a bunch of strangers who are there to help you. And that’s what I envision in this business setting.”

Gras is hoping to apply some of the lessons of the sea to SURF Incubator, a new 15,400 square-foot technology incubator that plans to open next month with room for as many as 100 entrepreneurs. Unlike incubators such as TechStars or Y Combinator, SURF won’t take equity stakes in the startup companies that choose to locate there.

Instead, entrepreneurs will pay $300 per month for a desk or $150 per month for nightly access to the space. SURF, which actually stands for Start Up Really Fast, also plans to host events and attract corporate sponsors who want to support the mission of the organization. (For example, Gras is looking for a coffee company to sponsor the bar area where entrepreneurs will exchange ideas over a cup of Joe).

An undisclosed number of “residents” have already been accepted into the space, with Gras noting that about 50 have applied since the application process was opened a few weeks ago. 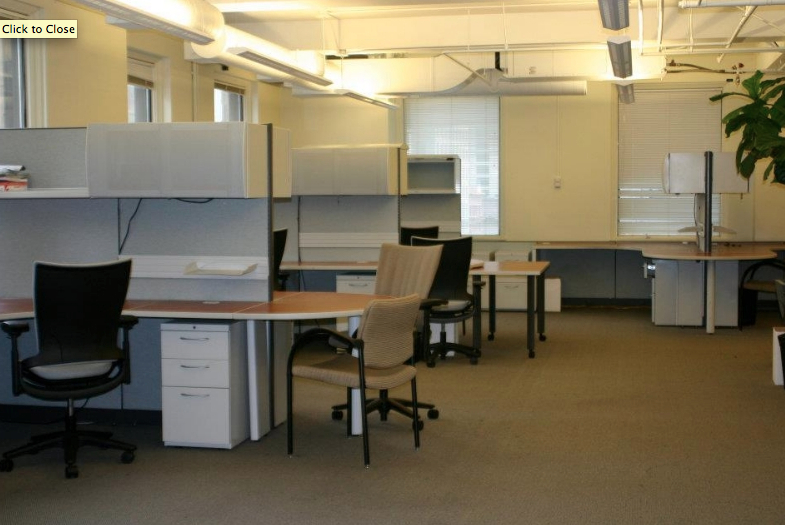 It’s a bold bet by Seaton on Seattle’s entrepreneurial community, which has seen the rise and fall of plenty of incubators, shared offices and workspaces over the years. (Anyone remember iStart Ventures?)

Seated at a conference table in a Hawaiian shirt, Gras explains why he thinks the time is right for SURF Incubator and why he’s the guy to lead it.

“There are lots of entrepreneurs who need to have a way to reach the community, and it is difficult to do on a consistent basis,” said Gras. “You can go to events here or there or conferences and special events like Startup Weekend — and you can have a high intensity concentration of intellectual people working together and chatting and trading business cards, but the next day for instance it is all atrophied. There’s no continuity. And you see this incredible excitement and get all inspired, and when you go back to your normal day-to-day, you don’t have any support system. I am not alone on that.”

Gras notes that many entrepreneurs “go looney” when trapped in their home offices, and they have to deal with constant interruptions from the dog to soap operas to yard work. “You need that third space to really get productive,” he says.

The idea for the incubator actually originated three years ago when Seaton started congregating iPhone app developers for occasional chats at the small library at The Center for Wooden Boats. Looking for camaraderie and support, Seaton pulled together people to program and talk through issues that they were experiencing.

“We took over the library, which was much smaller than this. All of sudden, there was too much activity, we started taking over the place,” said Gras, who later started looking for office spaces in the Seattle area.

Gras put the plans on hold after his boat sank, spending a year re-building the craft. He rekindled the idea after connecting with Neil Bergquist of Washington Partners, a real estate firm which helped scout for possible locations in Seattle.

They settled on the Exchange Building in part because of the central location but also because the previous tenant, Varolii, had fully furnished the office space with tech workers in mind. Dozens of desks and chairs are already assembled, and conference rooms (some with views of the ferry terminal and 1st Avenue) already have white boards and conference tables.

Berquist says that SURF Incubator is filling a need in the Seattle startup community by targeting those entrepreneurs that may not get accepted to TechStars or need a place to bake out their ideas after participating in a Startup Weekend.

“There is a chasm in the middle there,” says Bergquist. “Really, this is a hybrid of those different models. It is a complement.”

Gras and Bergquist also are hoping that SURF becomes more of a community gathering spot. Lawyers or accountants could hold office hours to provide free advice or developers could show off some of the latest tricks in mobile application development. Some organizations have already scheduled events there. “It is really a response to what the community demands,” says Bergquist, adding that the goal is to create a “beehive of innovation.”

Gras said that he admires a lot of the incubation programs in Seattle. But not everyone fits. That’s the case with Gras himself who applied to Founder Institute, and didn’t get in.

Gras — who grew up in a tight-knit communal environment in Massachusetts in the 1950s– says he’s looking for a special type of person to fill out the space.

“We’re not looking for people who just want a desk, and who want to save money,” he says. “We want people who want to be part of a community, and like the idea of collaboration from the get-go…. That’s the message we have been sending out, and that’s what people have been responding to more than anything else.”

Here’s Gras showing off the new space, which he’s hoping to open next month.