I’ve been a huge fan of Summify since its launch last year, but the the online news and information aggregation service will be going away June 22. Summify’s demise should not be a surprise since the Vancouver, B.C.-based company announced that it would be shutting down it was sold to Twitter earlier this year.

But there is a silver lining in this for Summify fans, at least those of us who use Twitter. Those who had already signed up for Summify will begin to get Twitter’s new daily digest on June 22. 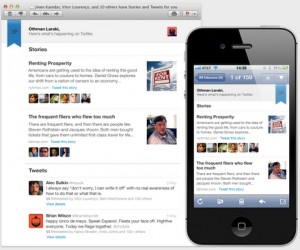 “We are going to focus our efforts on making Twitter even more engaging and useful for you,” the Summify team said in an email. “While we can’t get into details on what’s to come, we can say that we’re excited and we think you will be too.”

The company was founded by Mircea Paşoi and Cristian Strat, two Romanian Web developers who previously held internships at Google and Microsoft.