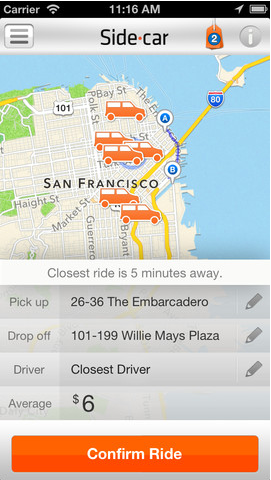 There’s a new taxi-service in town, but the cars aren’t yellow and the drivers could very well be your next door neighbor.

Introducing SideCar, a community-based ride-share marketplace that connects drivers with extra space in their cars to passengers needing to get somewhere. Founded in San Francisco this past June, SideCar picked Seattle as its first expansion city with service beginning today.

“There are lots of similarities to San Francisco: the weather, people’s attitudes, the eco-consciousness, the early tech adopters — we love that aspect of Seattle,” said CEO Sunil Paul.

Unlike another San Franicsco startup Uber, which provides on-demand drivers, SideCar is powered by people within your community and without a price tag.

Drivers are interviewed by SideCar and verified for background checks, insurance, a valid driver’s license and a working credit card. Passengers needing a ride can use SideCar’s mobile app to enter both their current location and a destination to connect with available drivers — “spontaneous carpools,” as the website puts it.

“It’s more like a ride with a friend than a cab or limo driver,” Paul said.

The payment system handled by both iPhone and Android smartphones is unique. There are no required fees, so technically a passenger could hitch a ride and leave without paying a dime. Paul said that it rarely happens, and when it does, it’s usually eco-friendly people just wanting to carpool with others. 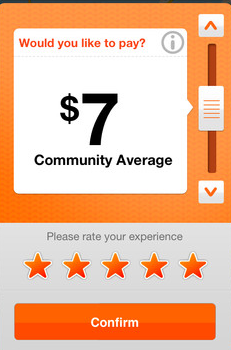 However, as opposed to similar ride-sharing platforms and regular taxi services, passengers should have a good idea of how much a ride will cost before it begins with a crowdsourced “community average” in the app that shows you what others are paying for similar rides.

Both drivers and passengers are asked to rate their experience with a 5-star system once the ride is completed, providing somewhat of a track record. SideCar records every ride in its database to keep track of how each passenger connected with each driver at various locations.

SideCar, which just landed $10 million from Google Ventures and Lightspeed, launched five months ago and has experienced lots of success. They have around 500 drivers in the San Francisco area and claim to be the city’s “most-successful ride-share network,” with more than 50,000 rides completed already.

But the success hasn’t come without roadblocks. Earlier this month, the California Public Utilities Commission issued “cease and desist” letters to three ride-sharing startups, including SideCar. The Commission claims that the companies lack charter party carrier permits that ensure drivers are properly insured and screened to drive around passengers. The main concerns are the lack of independent insurance verifiers and general safety issues. 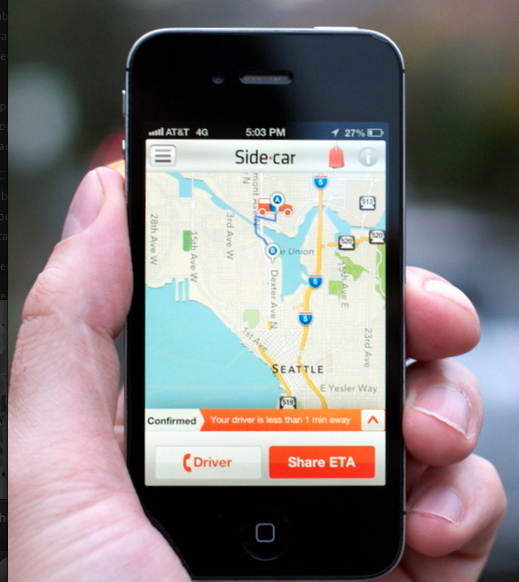 The same thing happened to Uber in 2010, but it continues to operate. SideCar is doing the same. Paul said he watched closely what happened with Uber and isn’t completely surprised about the cease and desist letter.

“It’s what happens when you’re in front,” he said. “We are interested in engaging with regulators to have them understand what we’re doing because it is different than what they have seen in the past. When they don’t understand, it quickly results in a lot of confusion and quickly becomes criticized when other interests get involved. When a lot of people have something to lose, people are eager to apply pressure.”

The Sidecar concept isn’t just about utilizing smartphones. All the way back in 2002, Paul patented the idea of of accepting transportation requests for pickup, determining destination location and directing the vehicle to the location pick-up spot.

“We can actually make a big difference, not only in transporation, but we can make it more convenient and more fun, as well as address climate, congestion, energy security issues,” he said. “We are confident that in the end, innovation will win out.”

Paul said that the driver’s insurance, which is verified by SideCar, covers the driver and passenger during an accident. He added that there have been several accident in San Francisco already and those have been processed without any problems.

During the initial launch phase, SideCar will be available for drivers and riders in and around downtown Seattle on Friday and Saturday nights from 6 p.m. until 2 a.m. Expanded hours and days will follow as the community grows.

The company is offering a $10 ride credit for all new riders in Seattle.  Download the app, create an account, enter the code “GEEKRIDES” into “Offers” and get $10 credit toward your first ride.