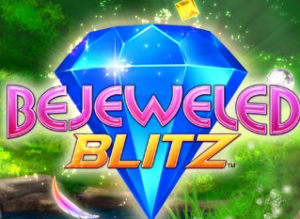 PopCap Games is pulling its popular Bejeweled Blitz puzzle game from Google+, saying that it wants to focus efforts on other areas.

The company issued this statement on the decision:

“PopCap has decided to suspend Bejeweled Blitz on Google+ to redeploy our resources to other adaptations of Bejeweled. Certainly, Google is a valuable gaming partner for PopCap and EA, and we’ll continue to develop for Google platforms.”

The game is being taken offline on June 18th, and it is not the only company pulling out of the social network. TechCrunch reports that children’s game maker Wooga also is fleeing Google+.

PopCap, which was purchased by Electronic Arts last year for as much as $1.3 billion, is certainly the bigger loss as Google tries to compete with Facebook in the social gaming arena. Bejeweled Blitz remains one of the most popular titles on Facebook, with PopCap’s Giordano Contestabile telling InsideSocialGames that “shifting some of our resources from Google+ onto higher-impact efforts was a pretty straightforward decision

“Thank you again for joining us on Google+, and we hope you will continue to enjoy Bejeweled in its many forms, present and future,” PopCap wrote in a message to game players.