We’ve already made it through Oscar season, and now we’re gearing up for March Madness. But before we get there, I’ve got one piece of business to take care of.

The Washington Technology Industry Association is celebrating its 17th annual Industry Achievement Awards on Thursday night at the Showbox Sodo. As in years past, I’ve been perusing the ballot to come up with who I think will take home the top prizes in each of the six categories.

I could use a little luck this time around. Last year, I got just two categories right. And this year the pressure is on since the WTIA is now encouraging attendees to make their own picks in a Facebook contest.

Despite the pressure, I am feeling good this year, tapping my canine companion and GeekWire mascot Henry to help with one of the categories. (See video below).

So, without further ado, here’s who I think will win in each of the categories. Wish me luck, and sorry to those who think I bring a Sports Illustrated-style jinx. I promise, things will be different this year. :)

This is the the Apple Cup of the Industry Achievement Awards, pitting the young Spokane upstart of Green Cupboards against the powerhouses of Seattle in BigDoor and Appature. I do worry that a “west-of-the-Cascades” bias will sway the judging panel, meaning that Appature or BigDoor will take home the hardware. Both have raised a bunch of cash, and certainly are better known within the startup community.

But Green Cupboards is a great success story having started out with just $288,000 in seed capital. Led by 25-year-old Gonzaga University grad Josh Neblett, the online seller of eco-friendly products is profitable and growing with monthly revenues topping $1 million. I am seeing a Cinderella story along the lines of the Zags, and a nod to the geeks out east. My pick: Green Cupboards.

I had the hardest time on this one. Three companies, three very diverse industries. Health and biotech related startups haven’t fared well in the past (other than in 2010), so I am going to knock Spiral Genetics out of the running. Now, here’s the dilemma. The top execs of both Simply Measured (Aviel Ginzburg, Damon Cortesi and Adam Schoenfeld) and Zipline Games (Todd Hooper, Mike Arcuri) know how to network, so I am sure they’ve been buttering up the judges. At the end of the day, I think gaming will just edge out social media monitoring, so I am going with Zipline, maker of WolfToss and the developer of the Moai gaming platform. My pick: Zipline Games.

3. Consumer Product or Service of the Year: DocuSign, Parallels and Zillow 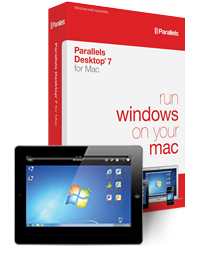 DocuSign surprised me last year when it tied with Isilon to win the award in the commercial product of the year category. So, I was baffled to see the Seattle maker of electronic signature products emerge this year in the “consumer” category. That would be quite the accomplishment if it pulled off back-to-back wins in two very different categories. Here’s the deal: I don’t think it will happen.

So, that leaves me with Parallels and Zillow. Zillow is certainly the favorite here. It had a blockbuster year in 2011, turning a profit, topping 30 million monthly visitors and becoming the only high-tech company in Washington state to complete an initial public offering. But I think the judges are going to take a look elsewhere. Parallels is a bit of an oddball in the Seattle tech community. Relatively unknown and based in Renton, the company is best known for its software for running Windows on Macs. I am not sure how that will play in Microsoft’s backyard — where a number of judges once worked. But, heck, you only live once, so this is my upset choice of the night. My pick: Parallels.

Let me just be blunt. I had no idea who to pick in this category, so I resorted to an age-old tactic. I called in Henry. For those who don’t know Henry, he’s GeekWire’s mascot, an 80-pound Flat Coated Retriever with a voracious appetite.  Henry has helped me out in the past, trying to sniff out winners. This year, you can see who Henry picks in this video. Enjoy.

5. Technology Accelerator of the Year (Service Provider of the Year): Founder’s Co-op, Lighter Capital and Opscode

I never imagined a day when we’d actually see an “accelerator of the year” category, but I guess that signals what’s happening in the industry. Founder’s Co-op and Lighter Capital are both tied to Seattle angel investor Andy Sack, and therefore I think they will split the vote and allow Opscode to land the award. My pick: Opscode.

All good candidates, and all worthy. Each nominee represents a different stage of company, from emerging startup (Cheezburger) to mid-tier (INRIX) to publicly-traded (Concur). The judges may be swayed by the consumer-oriented nature of Cheezburger, whose CEO Ben Huh landed a blockbuster $30 million venture round at the beginning of 2011 and then went on to play a vocal role in the fight against the Stop Online Piracy Act. Plus, who doesn’t love a business built on the back of funny cat photos?

Or, they may go upstream to Steve Singh who has proven himself as an effective leader at Concur, which now boasts a market value of $3.3 billion and has moved deeper into consumer-oriented businesses through its purchase of TripIt and investment in Yapta. But, at the end of the day, I think it is going to be Bryan Mistele at INRIX who gets the nod. Mistele may not be as well known as his fellow nominees, but INRIX is on an absolute tear. In the past 12 months, the profitable company has raised a $37 million venture round from Kleiner Perkins Caufield & Byers, signed a multi-million dollar deal with Google and purchased its biggest European rival. My pick: Bryan Mistele of INRIX.

That’s it for now. How many of these am I going to get right?