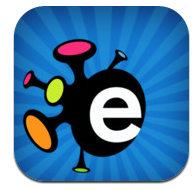 Evri has met the end of the road. The Seattle startup, backed by Microsoft co-founder Paul Allen, has decided to wind down its commercial offerings, focusing now on R&D efforts, GeekWire has learned.

“Evri has made the decision to change course and look for other applications of its patented semantic technologies,” said former CEO Will Hunsinger. “As a result of that decision, we have reduced staff, discontinued commercial operations, and focused remaining efforts on R&D.” The company also recently vacated its offices in Seattle’s Pioneer Square neighborhood.

Several of Evri’s top employees, including CTO Deep Dhillon and Vice President of Product Adrian Klein, have already moved on to other companies. Klein is now at EveryMove, while Dhillon joined Alliance Health Networks last May.

Hunsinger, meanwhile, has joined a new San Francisco social sports startup called SportStream, which spun out from Evri in June and raised $3.5 million from Paul Allen.

Evri was originally created to help people make better sense of news and information. At one point, it was led by Neil Roseman, the former vice president of technology at Amazon.com.