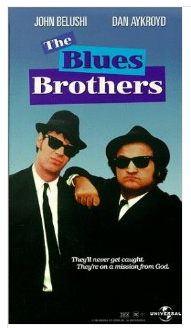 Who doesn’t love a good movie quote? And now thanks to a partnership between Seattle-based Hark and movie studio Universal some of the film industry’s greatest one liners will be coming to the Internet in a new way.

Hark, which calls itself the world’s largest platform for pop culture sound bites, will gain access to sounds and clips from more than 100 films, including classics such as Animal House, The Blues Brothers and The Breakfast Club.

“Some of the entertainment industry’s most memorable moments are part of Universal’s library , and this partnership will enable people to easily access, enjoy and share them,” said Hark CEO David Aronchick.

In April, Hark signed a deal to access audio clips from more than 100 titles from Warner Bros. Digital Distribution. It also has a deal with Paramount, with more partnerships in the works.

The company’s audience is growing fast, attracting more than 56 million visits in April. That was a 635 percent increase over the same period last year. Hark — which claims to be a top 10 entertainment site on the Internet for movie content — also said that people have listened to more than two billion clips on the site since it was founded.

Aronchick was a recent guest on the GeekWire podcast. You can listen to that show here: