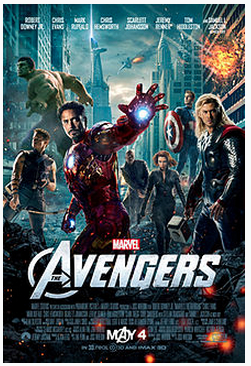 Amazon.com continues to bolster its collection of movie titles for its Prime Instant Video service, announcing today that it has struck a deal with Viacom’s Epix premium cable channel for thousands of movies. The new titles will be provided from studios such as Paramount Pictures, Metro-Goldwyn-Mayer Pictures and Lionsgate, bolstering Amazon’s position in the video content arena as it prepares to launch a new slate of Kindle tablets and e-readers.

The new multi-year agreement will more than double the number of titles available via Prime Instant Video, a streaming media service that’s made available for free to Prime members.

The deal comes as a blow to Netflix, which recently said its exclusive arrangement with Epix was ending. Shares of Netflix are down more than eight percent on the news. The video service also has lost distribution deals with Sony and Disney in the past year.

Among the titles now available through Amazon from Epix: The Avengers, Iron Man 2, Transformers Dark of the Moon, Thor and Rango. Peter Kafka at All Things D notes that Epix movies likely will be coming to the new Redbox/Verizon video service, which is set to launch this fall.

“We are investing hundreds of millions of dollars to expand the Prime Instant Video library for our customers,” said Bill Carr, Vice President of Video and Music at Amazon. “We are thrilled to be able to offer our customers such popular EPIX titles, many of which were just recently in theaters.”

At this time, Prime Instant Video now offers more than 25,000 movies and TV episodes. Prime is available to Amazon customers at a cost of $79 per year.