It’s a bit hard to believe that an industry which started with something as basic as Pong could now be perceived as high art. But video games certainly have achieved that status.

A new exhibit which opened Thursday night at the Wing Luke Museum of the Asian American Experience showcases and celebrates the “creative power of this interactive medium,” featuring the art of several Asian American video game artists and designers from the Pacific Northwest.

In remarks Thursday night kicking off the Asian American Arcade exhibit, the museum’s Mikala Woodward noted that video games are much more than some addictive drug that she has to drag her kid away from. “I really saw the power that video games have to tell stories, and to bring people together,” she said.

For artist Donald Daedalus — whose Building on Binaries is displayed in the exhibit — video games create an artificial landscape where players can suspend belief much like a movie.

“While there is this artwork and this creation in the background, you don’t really see it,” Daedalus told GeekWire. “You accept it, and you problem solve through it, so I think that is beautiful.”

Seattle video game designer Ken Taya — who previously worked at Bungie and now 5th Cell — said he draws much of his inspiration for his colorful works of art from one very special person. “My daughter is my muse,” said Taya, one of the artists whose creations appear in the exhibit. (You can see caricatures of Taya’s daughter in several of his works). 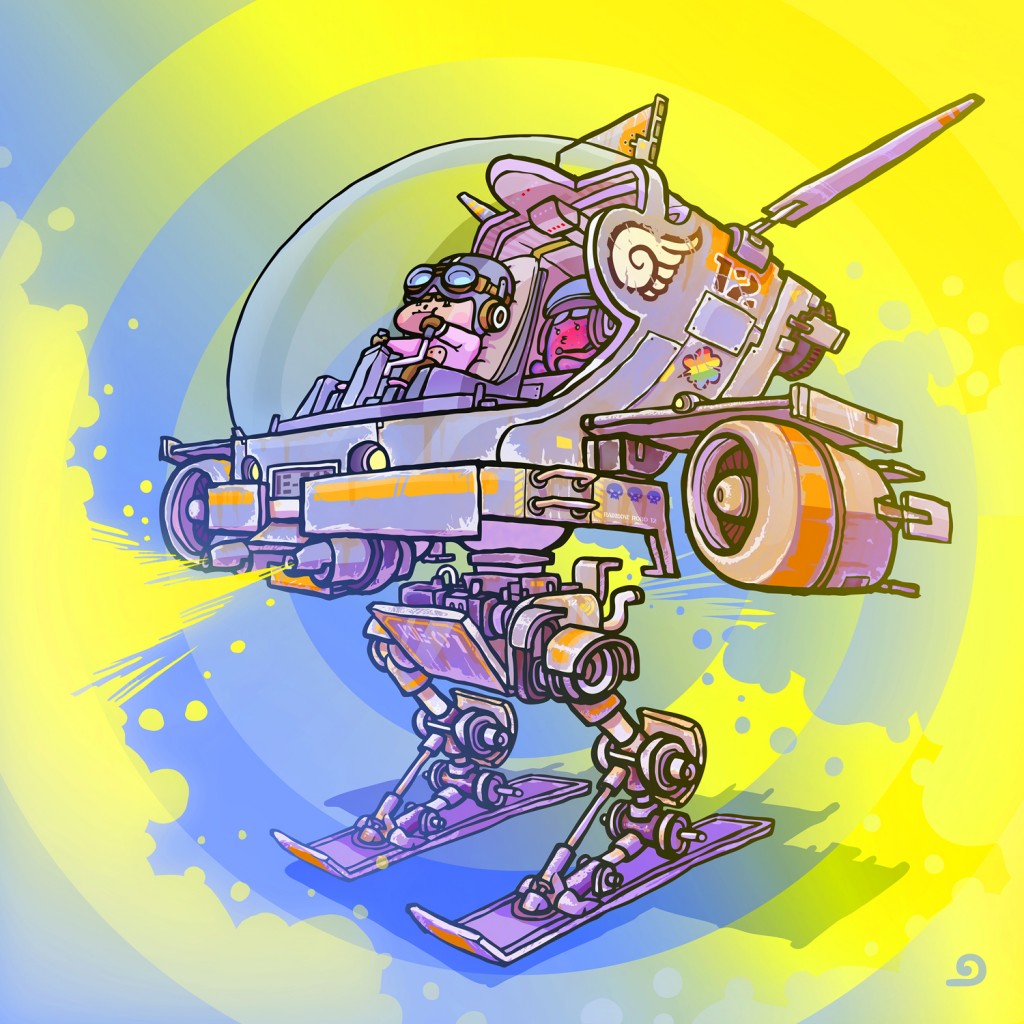 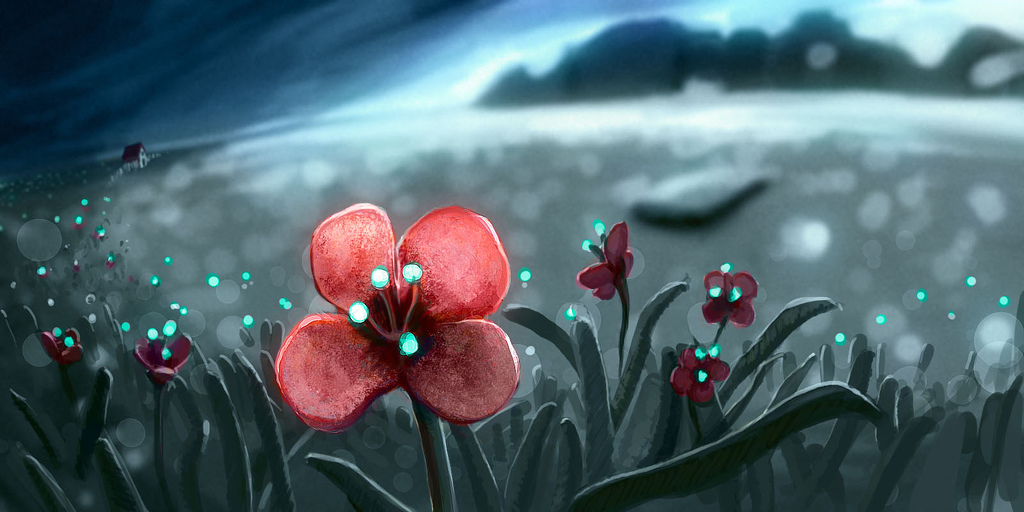 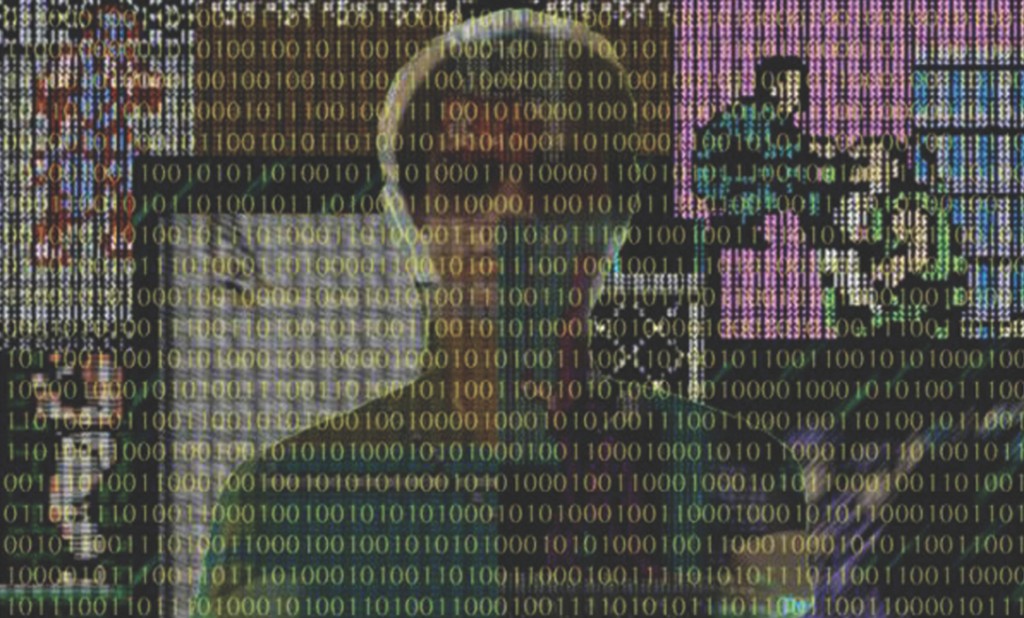 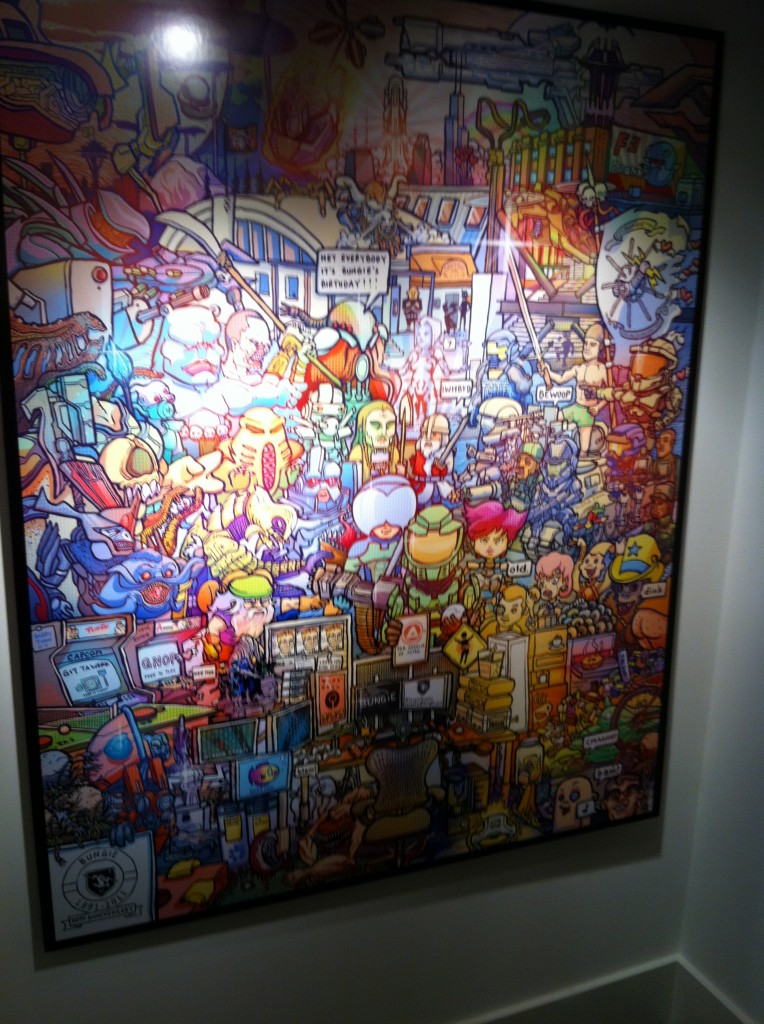 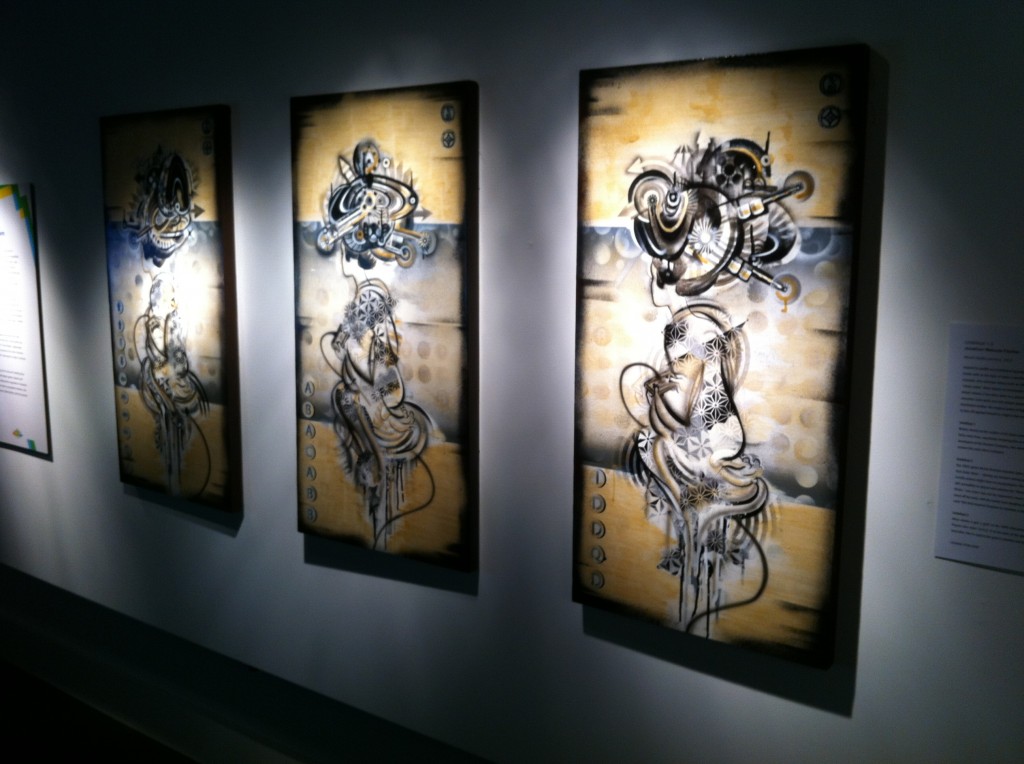 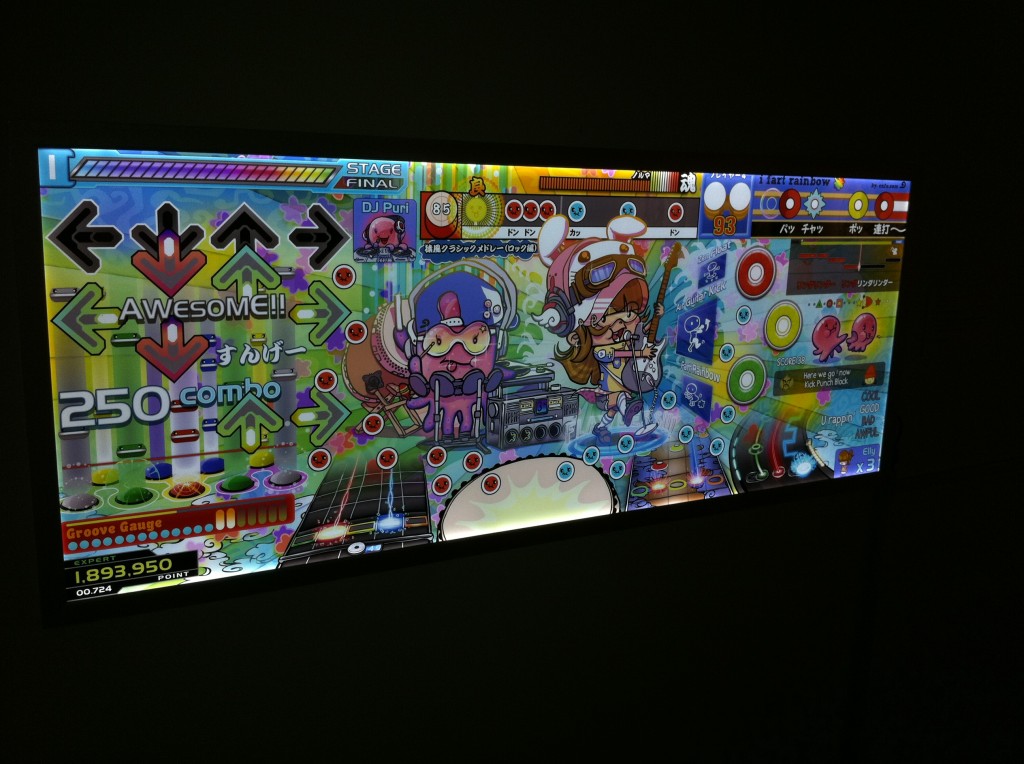 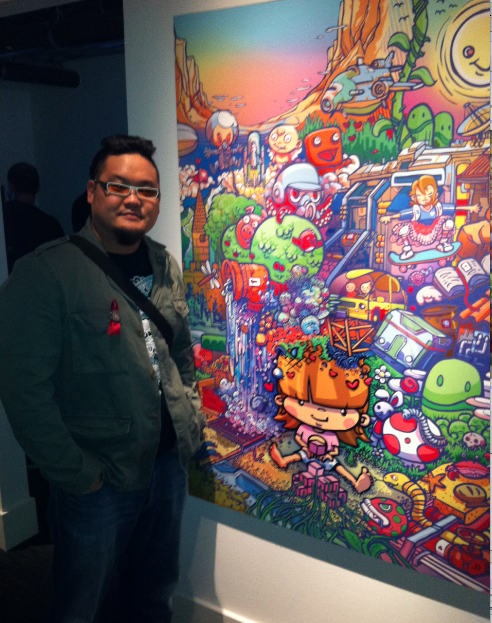 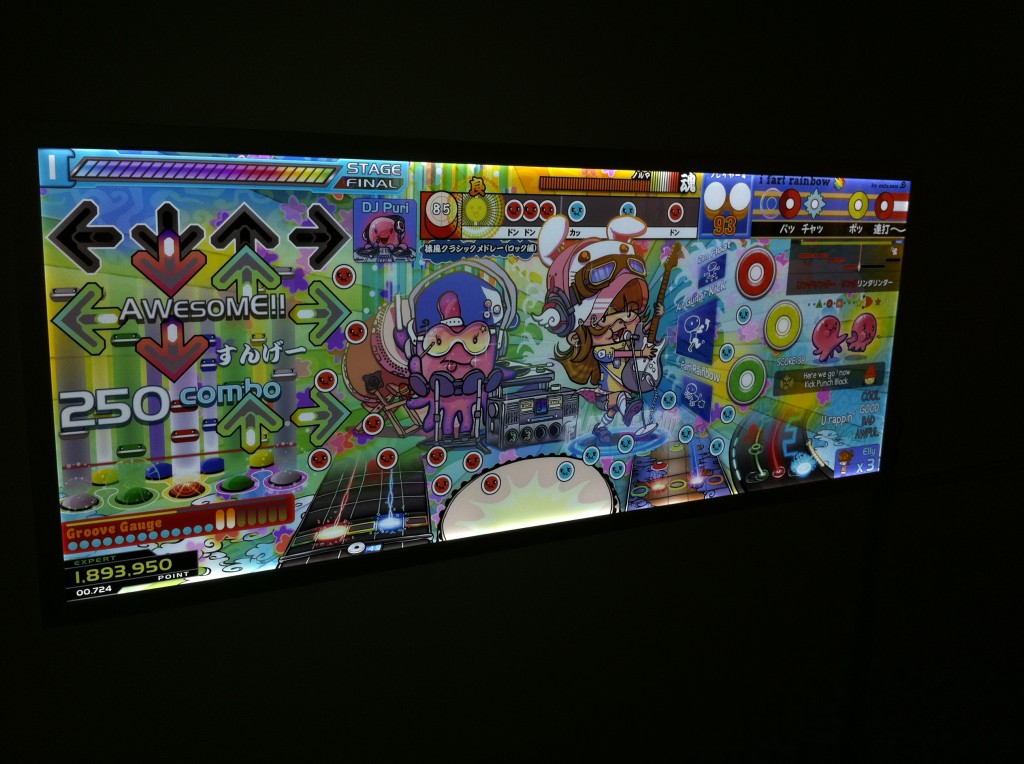