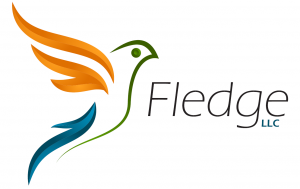 Michael “Luni” Libes has spent the past 20 years building software companies, creating new upstarts such as Ground Truth, Medio Systems, 2Way and Nimble Corp. But Libes is now switching gears with the formation of Fledge, a new Seattle incubator which he says modeled on TechStars but is specifically designed for non-tech companies.

“There is a large and growing movement of consumers whose pressing needs don’t care how the product is delivered, be it high-tech, low-tech, or no-tech,” Libes tells GeekWire.  “Consumers who increasingly care about the environment, and their health, about energy consumption, communities, transportation and consumerism.”

Libes calls these “conscious companies,” and he thinks it is the next big thing. After spending the past two decades in software development, Libes said he began to wonder if the startup infrastructure is just too focused on technology as the “must-have core.” Of the 114 TechStars graduates, Libes said that all are in the fields of mobile or Internet. Same goes for Startup Weekend, which Libes said is focused on tech.

After Libes participated in a recent weekend hackathon focused on social entrepreneurship in Seattle, the entrepreneur walked away with a new mission.

“In short, that experiment was a wild success, and proved to me and others that the time has come to help expand this corner of entrepreneurship,” he said. “The goal is expand Seattle from a second-tier tech hub, to the first-tier ‘conscious’ hub.”

So, how will Fledge work?

It is very much following the path of TechStars. The downtown Seattle incubator will select a group of entrepreneurs who will receive $7,000 in funding, with each company moving through an intensive eight week startup bootcamp that concludes with a “Demo Day.” Applications are now open through June 30th, with the first program set to begin in July.

The incubator, which will be housed at first at the SURF Incubator in downtown Seattle, plans to have seven companies in the first cohort. Over time, Libes said that he plans to expand the list to 10. Fledge will take a three percent equity stake in the companies in the program, as well as share in a portion of the revenue generated by the businesses.

Libes believes that Seattle is perfectly positioned to take advantage of this new arena of “conscious companies,” boasting strong educational institutions and plenty of talented people who are focused on the environment, clean tech, global health and urban farming.

“We have almost all the pieces required to make this happen” he says.