Kickstarter is an amazing fundraising platform, one that has launched dozens of cool film, technology and games projects. But what if you want to find out the comic book-oriented Kickstarter campaigns going on in Chicago or the film projects taking place in Portland?

That’s the idea behind ThingsWeStart, a new online map mashup which shows in great detail what’s going on with Kickstarter. Developed by Seattle geek Justin Wilcox with help from a team of volunteer programmers from San Francisco to Puerto Rico, ThingsWeStart is very much a side project at the moment.

But Wilcox tells us that they’ll explore building it into a full-on business if the experiment proves successful.

“It’s a labor of love at this point, but as crowdfunding continues to grow, there may need for a site that can help cut through the noise and identify the projects each of us cares about most,” says Wilcox.

The map is pretty addictive for Kickstarter fans, and allows users to drill down into data in new ways. You can sort by those projects in a certain area that have attracted the most funding or those that have recently been started or are close to reaching their funding goal. You can also set email alerts to be notified of new projects listed in certain areas.

For example, here’s one of the reports that Wilcox ran for GeekWire comparing Kickstarter campaigns in Portland and Seattle. 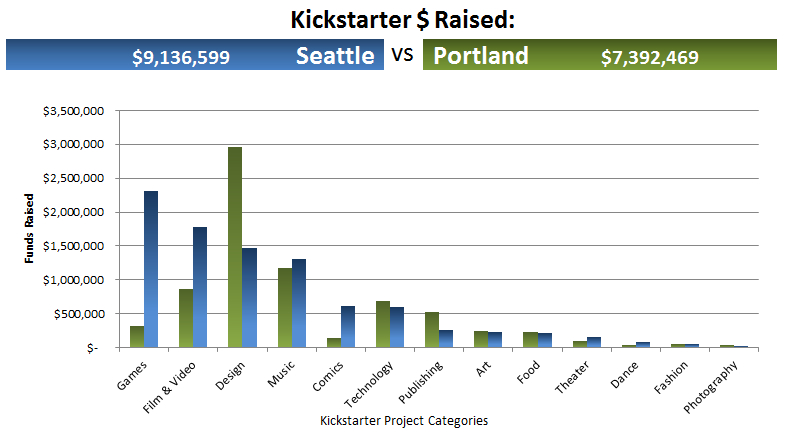 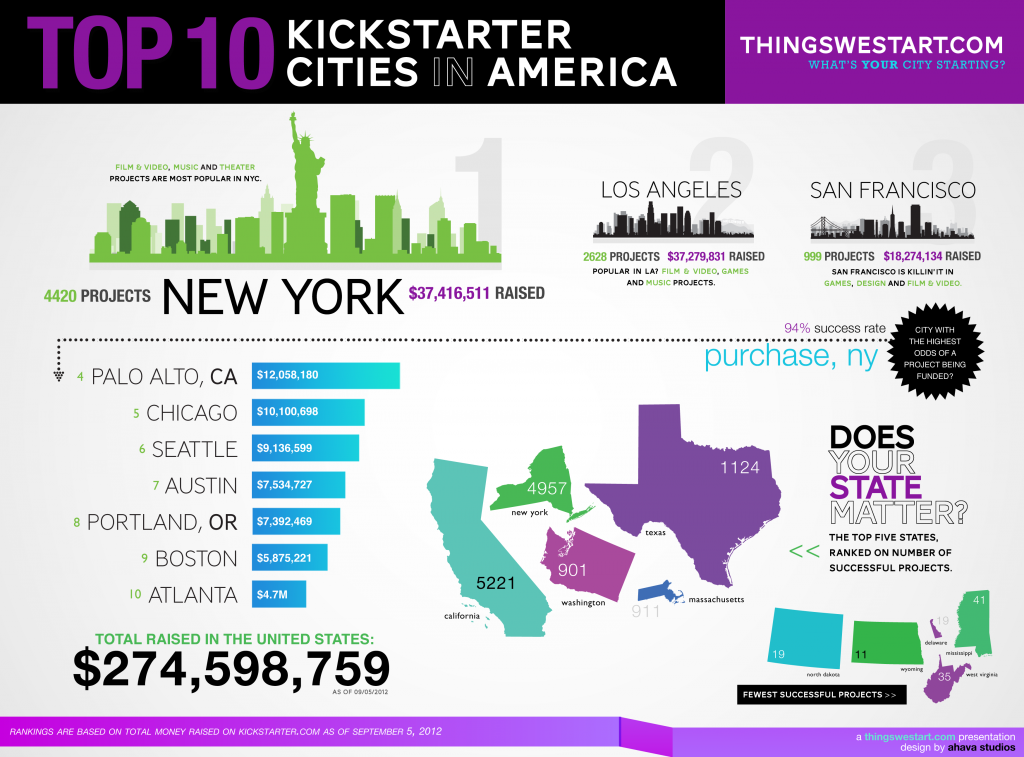