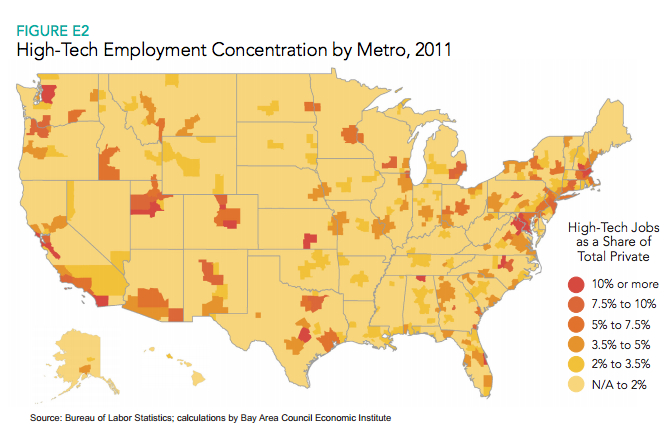 We knew there were a lot of geeks in our midst here, but who knew it was this many? 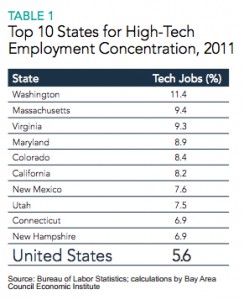 According to a study released this week by the Bay Area Council Economic Institute, Washington state has the greatest concentration of technology jobs in the U.S. A whopping 11.4 percent of jobs in Washington state are tied to the tech economy, more than double the national average.

The region is buoyed by the likes of homegrown success stories such s Amazon, Expedia, Microsoft, F5 Networks and Concur, as well as new arrivals from the Bay Area like Facebook, Google, Splunk and Salesforce.com which have growing branch offices in the area.

That also ranked Washington ahead of other tech hotbeds, including Massachusetts (9.4 percent) and California  (8.2 percent).

The study is yet another sign that technology reigns in the Seattle area, following a study last month that the city ranks fourth as a global startup hub.

And why is technology so important? Well, chew on this. The report found that every local high-tech job has a multiplier of four more jobs in the economy, a multiplier effect that is three times as large as manufacturing.