iStreamPlanet, a Las Vegas company bankrolled by Intel Capital, Interxion and Turner Broadcasting, has established a new engineering center in Redmond with plans to grow to 15 staffers by the end of the year. It marks the third office for the provider of live video streaming services for concerts, sporting events and other activities.

“As increasingly more viewers are turning to more than one device to watch these events online—such as tablets, mobile phones, laptops, PCs, and streaming media players or consoles like Roku and Xbox—our business is growing along with the need to bring on more software engineers,” said founder and CEO Mio Babic in a statement. “We are settling into our new Redmond location, and look forward to bringing fresh talent to our close-knit company team.” 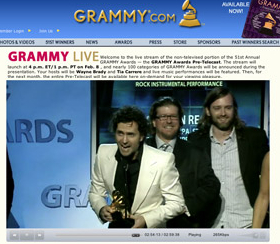 Founded in 2000, iStreamPlanet says it has managed more than 250 live events and streamed over 12,000 hours of video, including events such as the 2010 Olympics, XLVI Super Bowl and the Kentucky Derby. The company’s iStream Player technology is based on Microsoft’s Silverlight and Adobe’s Flash technology.

As we’ve reported in the past, a number of tech companies have been choosing the Seattle area for new engineering centers, from eBay and Facebook to Splunk and The Climate Corp.