We often feel like we’re in a bubble covering the tech industry, a sector which has shown resilience and strength despite the troubles in the overall economy. But are things finally starting to turn around for the majority of Washingtonians?

According to the state’s Employment Security Department, that may be the case. A new report out today finds that the seasonally-adjusted unemployment rate fell to 8.3 percent during January as more than 13,000 jobs were added in various sectors.

Interestingly, the state revised December’s stats as well, showing that 100 jobs were added during the month. The original estimate showed job losses of 11,700.

During January, the top job producing sector was professional & business services, which added 5,500 jobs. That was followed by 2,700 in retail and 2,300 in education and health services. Information, where a number of different technology positions are found, added 500 jobs. 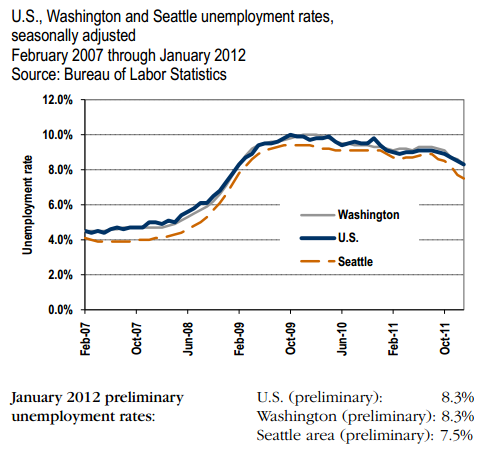