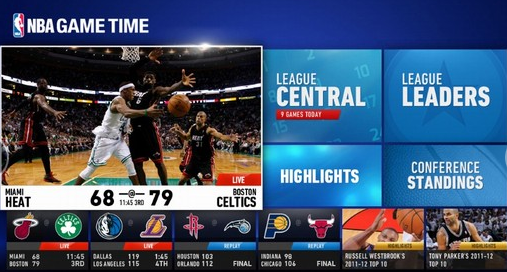 Xbox is trying to change how we watch sports and that’s evident with Game Time. Similar to the Xbox apps for MLB.TV, ESPN and UFC, fans will be able to watch HD highlights and see up-to-the-minute stats for your favorite players.

With a paid subscription to NBA League Pass Broadband ($179 for all 30 teams, $119.99 for five teams) users can also watch any live game in HD and even two at a time. Game Time also features Kinect-enabled voice and gesture controls.

This is part of a bigger move for Xbox to turn the console from just a gaming platform into an interactive entertainment hub. Microsoft is starting the rollout of Xbox SmartGlass this week with the launch of an app for Windows 8 that lets people use their tablets and PCs as “second screens” for the Xbox 360 — controlling and interacting with the console from Windows, and viewing extra information about games and other content. 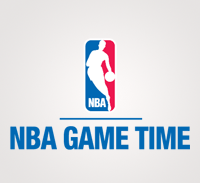 With the 2012-13 season just days away, Game Time is something I might be interested in. As a diehard Portland Trail Blazers fan, I need to subscribe to Comcast SportsNet to watch my team. But if I can pay $120 for five different teams, that’s only about 30 cents per game (82 games per team). That’s especially good for those who don’t subscribe to cable television. However, blackout rules for games already broadcast on local TV might stop me from doing this.

NBA Game Time is available for Xbox Live Gold members in the U.S. and will arrive in other countries soon.