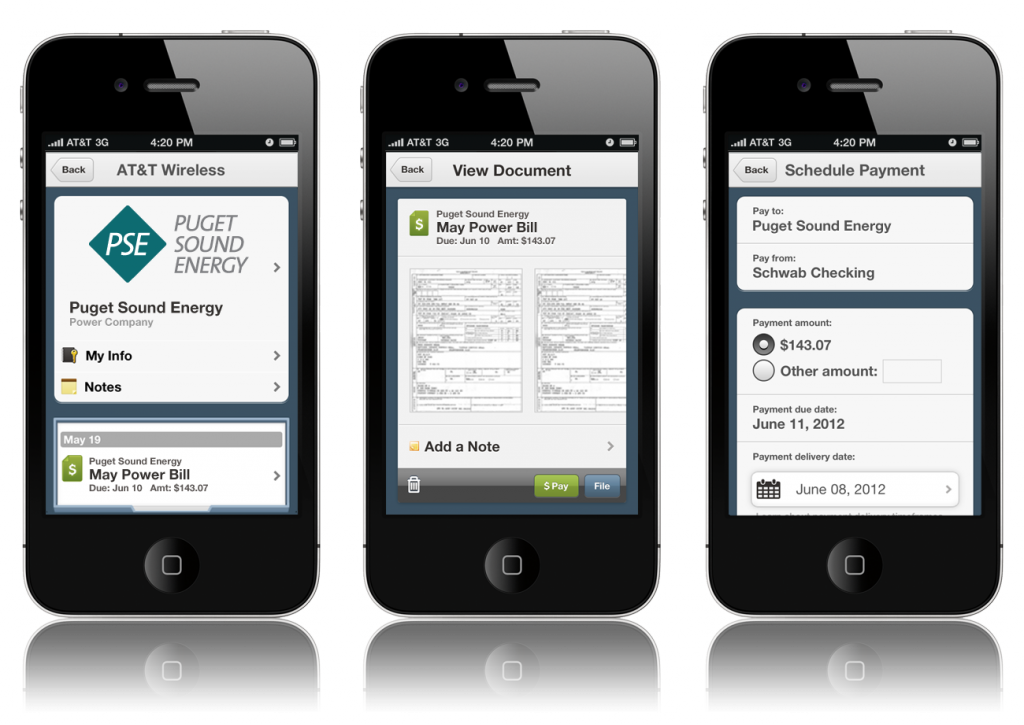 Doxo, the Seattle maker of online bill paying technologies, is expanding its arsenal to mobile devices today with the launch of DoxoPay. The service, now available on Android and an updated version of iOS, allows users to receive bills on mobile devices and pay with one account and one password.

“The new capabilities of our mobile app make bill paying simpler than ever. So simple, in fact, that Doxo users are paying their bills an average of 10 days sooner than they would through traditional mail,” said CEO Steve Shivers, a former executive at Qpass and Amdocs.

That’s music to the ears of bill collectors who can get their cash sooner, and without the hassle sometimes associated with missed payments. Service providers that have set up service via Doxo include AT&T, Sprint,Puget Sound Energy, Kansas City Power and Light, Sound Community Bank,Oregon Federal Credit Union.