Puzzazz, a Seattle-area puzzle technology startup, is making the leap to iPhone and iPad with a new app for trying, buying and solving digital puzzle books on Apple iOS devices. The app includes unique handwriting recognition technology, developed by Puzzazz, that lets users enter characters into a puzzle by writing on the screen with a finger.

The new app launched this morning — touted by the company as the first puzzle bookstore for digital devices. Puzzazz is starting with 29 digital puzzle books from 17 authors, with more to be added regularly. The app itself is free, and the books range from 99 cents to $4.99, with the ability to solve at least one of the puzzles in each book before buying. 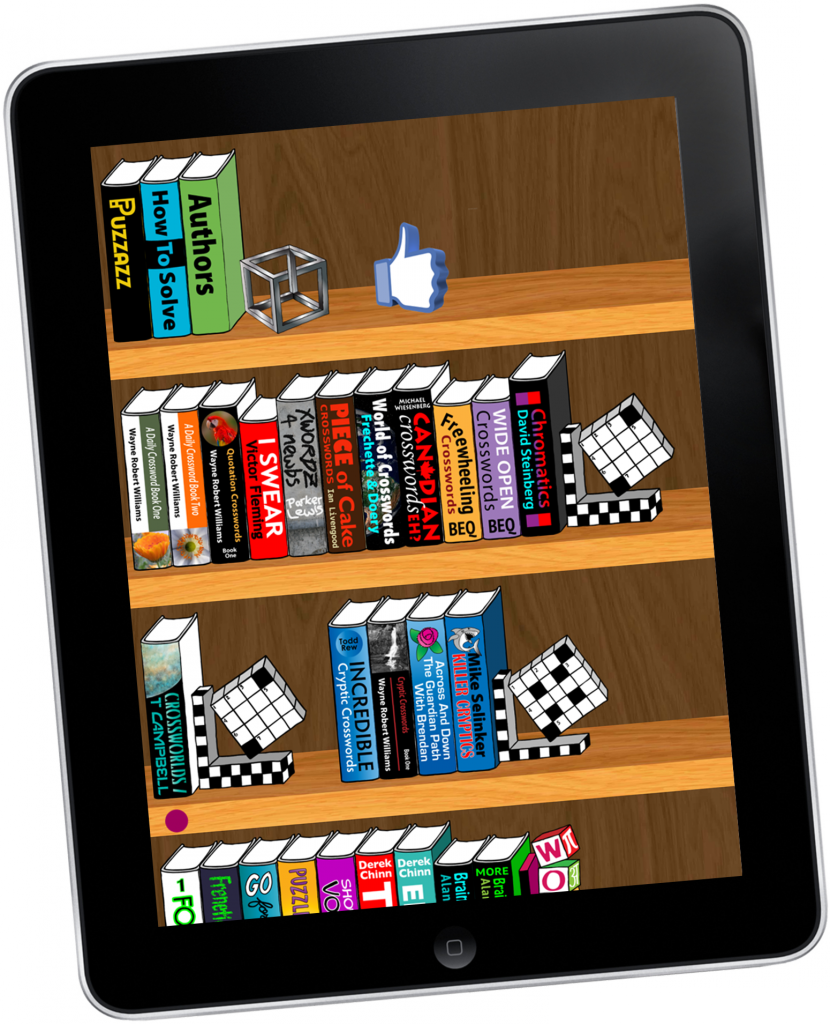 The company’s TouchWrite handwriting recognition technology made its public debut earlier this year in Puzzazz’s puzzle books for Amazon’s Kindle Touch. However, TouchWrite is actually native to the Apple platform, having been developed by Puzzazz first for iOS, and then ported to Kindle, said Puzzazz founder Roy Leban in an interview.

TouchWrite recognizes a variety of handwriting styles and doesn’t require users to learn any special style of writing. Characters traced across the top of the screen are automatically recognized by the app, converted to digital form and placed in the active tile. The feature turns on automatically when the on-screen keyboard is turned off.

See Leban demo the technology in the video above. He said the company is focused on puzzles and doesn’t have any plans to license TouchWrite to other app makers, unless someone approaches the company about it.

The handwriting recognition works well on the iPad, but it will end up being most useful on the smaller screens of the iPhone and iPod touch, letting users hide the keyboard and see a larger view of the puzzle as a result. TouchWrite also could come in handy on a smaller iPad, if Apple comes out with that rumored device.

Why an app bookstore vs. individual apps from each author? One benefit is the consistent user experience that Puzzazz can apply across the books, Leban explained.

“For the most part, all paper books work the same,”  he said. “The same thing should be true here. You shouldn’t have to learn and relearn.”

Puzzazz is using an in-app purchasing model on iOS, which means it shares 30 percent of the purchase price with Apple. Even so, the company is able to pay the participating authors higher royalty rates than publishers of paper puzzle books, because it doesn’t have the printing costs and other traditional expenses.

Authors with books in the store include well-known contributors to puzzle magazines, major newspaper puzzles (including the New York Times) and puzzle books. Puzzle types include crosswords, cryptics, mystery puzzles, word puzzles and others.

Puzzazz is also working on versions of the puzzle bookstore for Android and Windows 8. 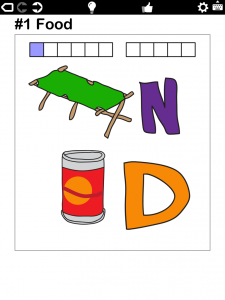 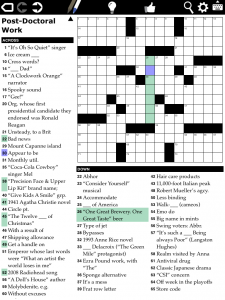