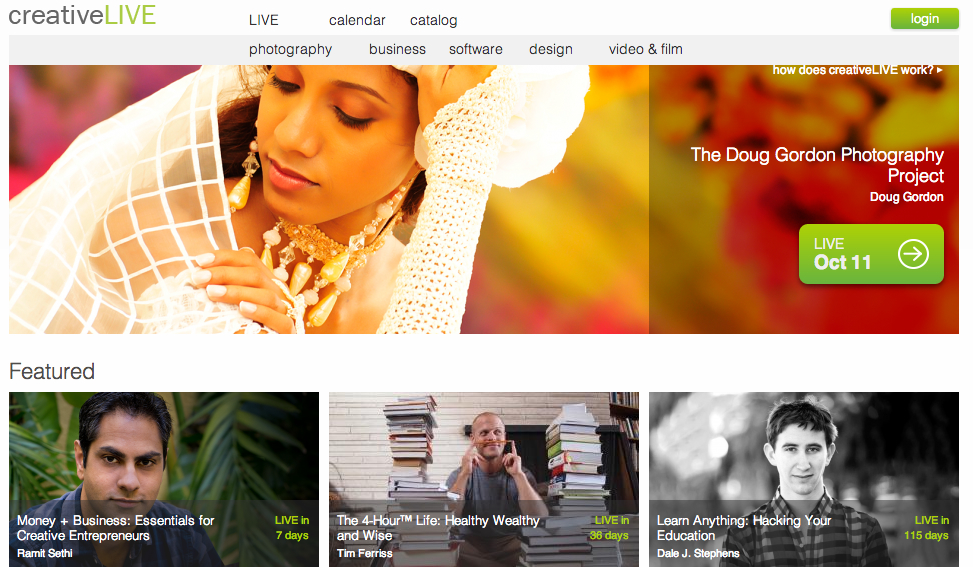 CreativeLive, a Seattle and San Francisco startup that hosts online classes to help people learn new skills or hobbies, has raised $7.5 million in a series A financing round led by Greylock Partners. It also named Mika Salmi, the former president of Viacom Digital and co-founder of Atom Films, as CEO.

Salmi, who previously worked at Getty Images and RealNetworks and remains an active angel investor, will be based in San Francisco but plans to spend a few days each week in Seattle. Salmi joined the company in June, saying that he was attracted to the transformative and disruptive nature of the company as well as the media aspect of the business. He also said he was driven to do “something positive.”

Describing itself as an “interactive social classroom,” CreativeLive was co-founded in 2010 by photographer Chase Jarvis and entrepreneur Craig Swanson. The company offers free live streamed courses, with copies of the courses available for purchase.

To date, more than one million students have participated in one of the company’s courses. Instructors have included author Tim Ferriss; photographer Vincent Laforet; and filmmaker Gale Tattersall.

“CreativeLive combines the best elements of learning with the best instructors while removing typical constraints like access, geography and cost,” said Jarvis. “It’s also a tool that empowers people to learn real skills to enhance their career or hobby to help them move up in their field, or turn their true passion into a day job.”

The 30-person company has been profitable since it was founded.