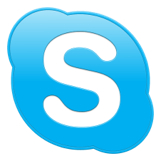 Microsoft’s Skype division this morning confirmed that the company will be retiring its Windows Live Messenger service and shifting users to Skype for instant messaging and video calls. The news, first rumored yesterday, was announced this morning in a post by Tony Bates, the top Skype executive.

“We want to focus our efforts on making things simpler for our users while continuously improving the overall experience,” writes Bates. “We will retire Messenger in all countries worldwide in the first quarter of 2013 (with the exception of mainland China where Messenger will continue to be available).”

It’s the end of the era for one of Microsoft’s most widely used online services, but it’s not a huge surprise, given the $8.5 billion that Microsoft spent to acquire Skype.

Messenger users can make the transition to Skype by installing or upgrading to the latest version on Windows PCs and Macs and signing in using their Microsoft accounts, formerly known as Windows Live IDs. The company says Messenger contacts will be imported to Skype automatically. (I just made the upgrade and it worked for me.)

The change will be an adjustment for some Messenger users — the Skype interface is more tuned toward video calling, with instant messaging as more of an afterthought, whereas Messenger’s focus was instant messaging first, centered around a buddy list and status notifications. Those elements are there in Skype, just not as prominently displayed.