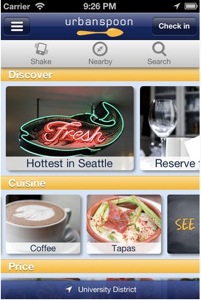 CityGrid Media, the parent company of Urbanspoon, Insider Pages, Buzz Labs and Citysearch, announced today that it is cutting 15 percent of its staff in a shift of advertising models from cost-per-click to cost-per-acquisition, reports TechCrunch. The move comes six months after SeamlessWeb co-founder Jason Finger was appointed CEO.

TechCrunch notes that the layoffs are occurring at various groups within CityGrid, part of a strategy that Finger dubbed “shrink to grow” in which the IAC-owned company puts more muscle behind the cost-per-acquisition model.

We’re told that none of the cuts are occurring at Urbanspoon, the Seattle online restaurant directory that IAC acquired in April 2009. In fact, Urbanspoon plans to add its 100th employee this month, and is planning an office move to accommodate the growth. It will be located in the old Bill & Melinda Gates Foundation space in Seattle’s Eastlake neighborhood, with a move in date slated for December 1.

“It took us almost three years to get to one million, and then 5 months to get to two million,” said Saam.

IAC’s so-called local business, which includes CityGrid Media and ServiceMagic, saw its revenues grow by five percent during the second quarter to $84.5 million. The unit’s operating income grew by 25 percent to $11.7 million.