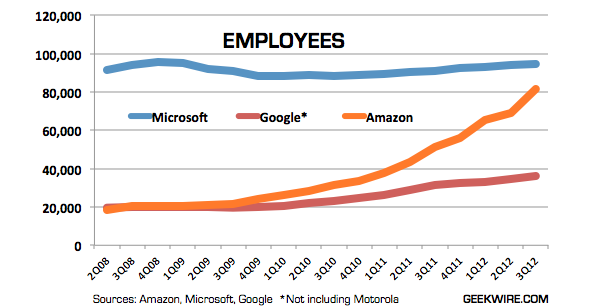 How’s this for a milestone in the making? Amazon is on a trajectory to become larger than Microsoft in 2013, at least in terms of employees. 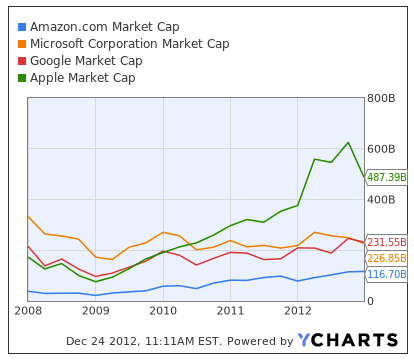 Yes, their businesses are different. Amazon is an online retailer, at heart, and employs a lot of people in distribution centers. But even considering that, Amazon’s employee growth over the past two years has been stunning.

The Seattle e-commerce company went from 31,000 people worldwide in 2010 to more than 81,000 people in 2012, not including temporary and contract workers. That puts the company on track to surpass Microsoft, which is hovering around 94,000 employees. (Microsoft is still much larger in revenue, profits and market value.)

Amazon’s employee growth demonstrates the magnitude of the bet that the company is making on its long-term plans, whatever they may be. It’s not just evident in the employment numbers. With the holiday shopping season now winding down, Jeff Bezos & Co. are wrapping up one of the most eventful years in their history.

Milestones for Amazon in 2012 included major sales tax truces across the country, the expansion of the company’s Kindle and Kindle Fire lineup, the continued growth of Amazon Web Services, the rollout of plans for another new campus in Seattle, and the expansion of Amazon’s core e-commerce business into new areas such as fashion and wine, not to mention restaurant deliveries.

Amazon is now making movies and publishing books. The company also has been trying some unusual new initiatives, such as the Amazon Lockers package delivery network, coming soon to a 7-Eleven or Staples near you.

And for all the buzz about iPad, Surface and other tablets, my personal favorite technology upgrade this past year was the Kindle Paperwhite, the new version of Amazon’s e-reader with a front-lit screen.

Not everything was so bright. Amazon, already known for razor-thin profit margins, posted its first quarterly loss in four years in September, partly a result of the company’s rapid expansion. And last week one analyst reduced his estimates for Kindle Fire sales — calling the Amazon tablet “a highly seasonal item” that gets a big boost as a gift during the holidays but will struggle disproportionately the rest of the year. 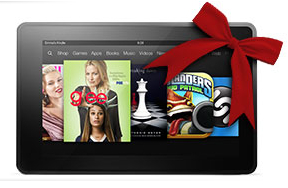 Smartphone: Will Amazon come out with one of its own? I’m betting yes. This has been rumored for a while, and my hunch is that the rumors are true. It seems like the next logical step for the Kindle lineup, to expand beyond tablets to phones.

Robots: Amazon acquired warehouse robotics company Kiva Systems this past year, and we’re going to be watching closely to see what they do with the technology. Keep an eye on that new Du Pont, Wash., warehouse just announced by the company, an hour’s drive from Amazon’s Seattle headquarters. The warehouse is opening next fall.

Amazon Fresh: Will Amazon finally expand its grocery delivery service outside of the Seattle region? The company’s sales-tax truce in California and other states might seem to clear the way. However, Amazon seems to be struggling to make the economics of grocery delivery work as well as Bezos would like. I’d give this a 50-50 chance.

Amazon Prime: The company has bulked up its $79/year membership service with streaming video and digital book rentals, in addition to free shipping. What’s next? It wouldn’t be a surprise to see some more additions to Amazon Prime in 2013, particularly new perks aimed at getting Kindle Fire users to subscribe.

Real Estate: Amazon is expected to break ground in 2013 on the first block in a planned three-block complex just north of downtown Seattle, having just closed the purchase of the property for more than $200 million. The development will eventually include three towers and related buildings.

Longer term, Amazon also has options to buy another large chunk of land just to the north. This is in addition to the company’s current headquarters campus in South Lake Union, which it just acquired for more than $1.1 billion.

At least we know Amazon will have room for all those new employees … whatever they end up doing.

(P.S.: For insights into Amazon, one of my favorite stories on GeekWire this year was Mark Harris’ piece: How chef Tom Douglas learned to cater to Amazon’s culture, and its tightwad workers.)