Amazon.com started rolling out lockers at 7-Eleven stores in the Seattle area last fall, an innovative way for shoppers to get packages delivered to the convenience store rather than a residence or office building.

Well, at least at one Seattle area 7-Eleven store, the lockers are pretty much gathering dust. Matt Hickey of The Daily — who first stumbled upon the contraptions in Seattle’s Capitol Hill neighborhood — now writes that very few people have actually been using the Amazon Lockers and the store’s owners haven’t seen the incremental sales boost that was anticipated. 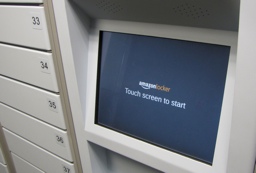 Quoting an unnamed 7-Eleven manager, Hickey reports that on average fewer than two people a day use the lockers at the Capitol Hill location.

Of course, the system is very much in the early stages of development, and we’ve yet to see any sort of broad-based marketing campaign to tout the fact that the Locker service even exists. One of Hickey’s sources says that Amazon.com is committed to the idea of the lockers, which have also appeared in London and New York City. That would make sense, since we reported last fall that agents with real estate firm Jones Lang LaSalle were charged with finding additional locations for the Amazon lockers.

“For retailers as well as building owners, the lockers generate foot traffic as customers visit to pick-up deliveries,” read a message sent to real estate agents at the time. “Amazon lockers are an attractive amenity for employees and residents of commercial buildings, Amazon will cover installation and maintenance costs, as well as pay a monthly fee to the host.”

At least in the case of the Capitol Hill location, the foot traffic that was promised isn’t materializing. I guess that means fewer Slurpee sales.

GeekWire co-founder Todd Bishop tested the Amazon Locker shortly after it debuted in Seattle, taking this video of the experience.