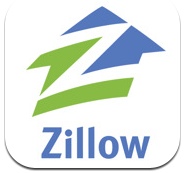 Zillow.com has attracted plenty of consumers with its iPhone, iPad and Android apps. But the Seattle company’s latest mobile release has another group in mind: real estate professionals. Zillow today is releasing its first app for the BlackBerry, the most popular mobile device used by those in the real estate profession.

Mobile is becoming a bigger part of the mix for Zillow. The company says that 30 percent of its weekend traffic now comes from mobile devices, up from 20 percent just a few months ago.

In total, the company said that Zillow is used 6.5 million times per month on mobile devices. The company first launched its iPhone app in 2009, and with the introduction of the BlackBerry app Zillow says 90 percent of smart phone users now can access its data.

Features of the new BlackBerry app include:

Previously on GeekWire: Trulia CEO Pete Flint on Zillow: Just a ‘question of time before we overtake them.’