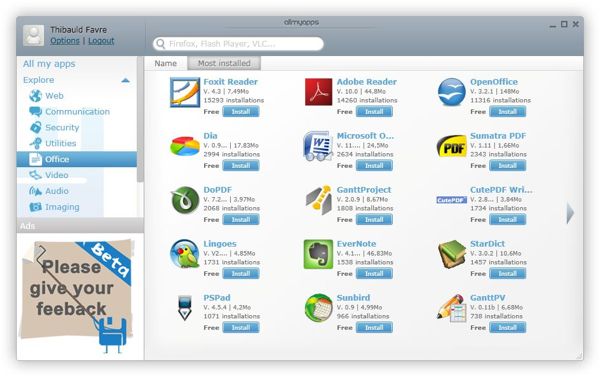 Allmyapps, an online app store for Windows PC reminiscent of Apple’s App Store for Mac, this morning announced that it has signed up 100,000 members worldwide in its three months since launching its beta version.

The results show “how much Windows users are in need of an Application Store to discover and manage their applications,” says Thibauld Favre, the Paris-based company’s CEO and co-founder, in a news release announcing the milestone. The company also provides this statistic about user engagement: Allmyapps is seeing an average of 6 applications installed per month, per user.

Microsoft has hinted at plans for its own app store in Windows 8, but the company has yet to announce anything official.

As Business Insider notes, the big question is whether Microsoft will follow Allmyapps, or try to acquire the company. Allmyapps points out in its news release that it “has been recognized by Microsoft as a high potential startup, and has been chosen as an official member of the Microsoft IDEES France Program.

Notably, the news release calls Allmyapps an “application store” although the site header refers to it as an app store. Apple, which is fighting with Microsoft over the app store trademark, has told “app store” operators in the U.S. to stop using the phrase.