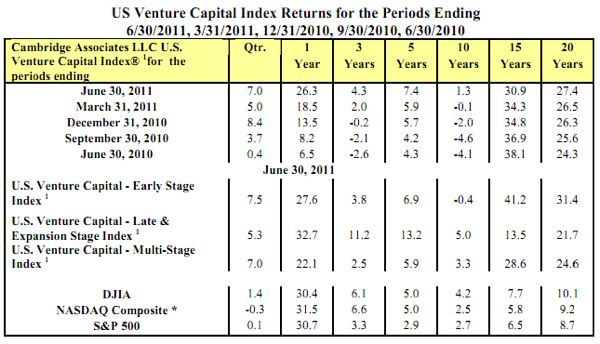 The venture capital industry saw an improvement in returns during most time frames for the period ended in June, though dark clouds remain on the horizon. As the chart above shows, returns improved across all time frames except the 15-year period. However, in the one and three-year periods, venture capital performed worse than the public markets. 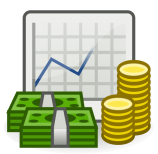 “We are encouraged by the continued performance improvements that the venture industry exhibited in the first half of this year, but we remain extremely cautious as the current exit environment has threatened the asset class’s ongoing recovery,” said Mark Heesen, president of NVCA in a statement. “In order to achieve the level of historical performance that limited partners have come to expect, we must have a thriving IPO and acquisitions market, and the former essentially closed mid-August of this year.”

As we previously reported, only three venture-backed companies completed IPOs during the third quarter. That was down 77 percent over the previous quarter.