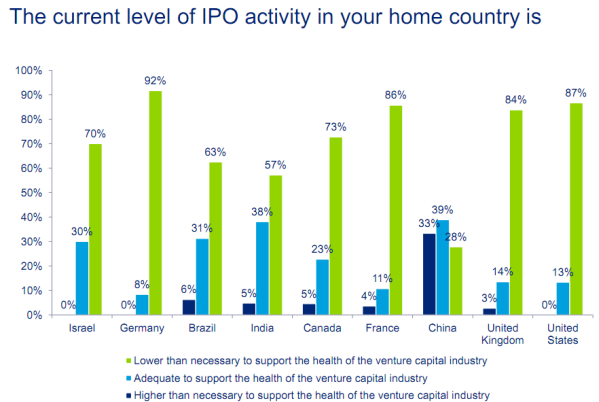 We’ve seen a number of high-profile initial public offerings in recent weeks — including the debuts of LinkedIn and Pandora — as well as a couple Seattle area companies file to take the IPO plunge — Impinj and Zillow. But the recent momentum is not good enough for venture capitalists. According to a survey released today by Deloitte and the National Venture Capital Association, more than 80 percent of venture capitalists say that IPO levels in their countries are too low.

In the U.S., a whopping 87 percent of VC respondents said that the current level of IPO activity is lower than needed to support the industry. Granted, asking a group of VCs if there are enough IPOs is kind of like surveying dogs as to whether there’s enough doggie treats available.

Nonetheless, the survey of 347 VCs does show how critical the IPO market is to venture capital performance.  And that sentiment was echoed by Mark Heesen, president of the National Venture Capital Association.

“The recovery of the IPO market, both here in the U.S. and abroad, is not a nicety but a necessity for the future health of the global economy,” Heesen said. 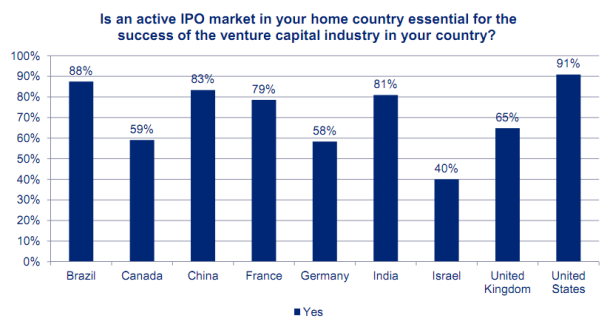 Previously on GeekWire: What’s that sound? It might be the IPO pipeline filling up